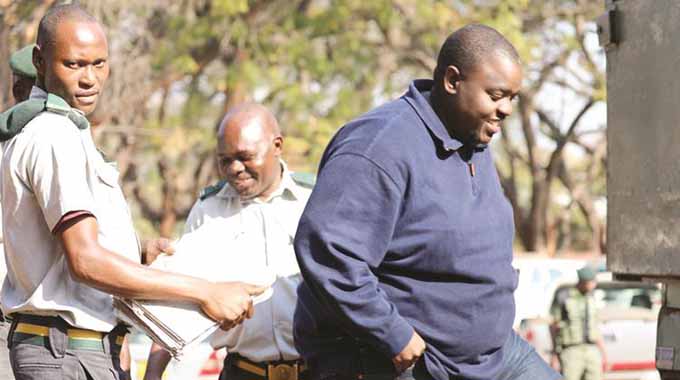 THE trial of Intratrek Zimbabwe managing director Wicknell Chivhayo, who is accused of bribery, resumed yesterday with the businessman denying all charges.

Chivhayo, who is being charged together with former Zimbabwe Power Company board chairman Stanley Kazhanje, who was last year convicted of similar allegations, appeared before magistrate Ngoni Nduna.

In his defence, Chivhayo denied depositing US$10 000 into Kazhanje’s bank account and said his company, Intratrek Zimbabwe, which is being jointly charged with Chivhayo and Kazhanje, deposited the money.

Chivhayo said the transfer was not for the purposes alleged by the State, but was made at a time prior to Kazhanje’s appointment to the ZPC board and for professional services rendered.

“The said Stanley Nyasha Kazhanje did not do anything to show favour to Intratrek Zimbabwe nor was he induced in any manner whatsoever, whether as alleged or at all. The accused will each pray that they be found not guilty, discharged and acquitted,” Uriri submitted.

However, Kazhanje submitted that he had already been convicted of the charges on similar allegations.

“The charges arise from a single transaction, namely transactions between Kazhanje and Intratrek Zimbabwe prior to 2016. The evidence necessary to prove the one is the same evidence that proves the other,” Kazhanje’s lawyer submitted.

Kazhanje said there was nothing new to the charges. He said the trial would constitute double jeopardy for him and was a violation of his right not to be tried twice for the same set of facts and submitted that the charges be dismissed.

Magistrate Nduna will deliver his ruling on Thursday next week.