Vice-President Constantino Chiwenga has been accused of trying to arm-twist the Judiciary by threatening Judge President Justice George Chiweshe and accusing him of allegedly leaking to the media a ruling on his messy divorce with his estranged wife, Marry Mubaiwa before it was handed down in court. 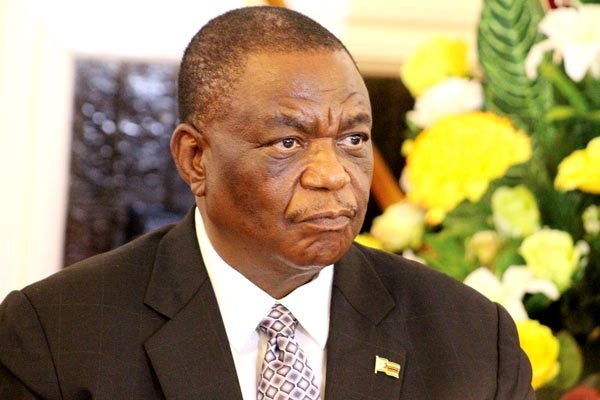 Last week, Chiwenga was ordered by the High Court, which falls under Justice Chiweshe, to surrender three minor children he illegally took from his embattled wife after engineering her arrest on allegations of trying to kill him.

But Chiwenga immediately appealed against the ruling, which also chastised him for being a threat to the constitutional order, by abusing his position as Vice-President to use the military to settle his divorce dispute.
Marry’s lawyers have already been invited to inspect the record of appeal, a few days after the notice of appeal was filed, a process that normally takes long.

Chiwenga, through his lawyers Manase and Manase Legal Practitioners, have written to Justice Chiweshe accusing him of being compromised as Marry’s relative, although the Judge President was not handling Chiwenga’s divorce case.
“Our client advises us that you are related to the applicant (Ms) Marry Mubaiwa, and she has made numerous bald assertions in public that you are related and have sorted and influenced all matters involving her in her favour to the prejudice of our clients,” part of the letter read.
“We, with respect, wish to register our client’s concern over allegations emanating from the said relationship with the applicant and complaining over the conduct of the applicant in accessing court judgments and orders before they are handed down to both litigants.”

“Let’s go to the basics. We have the three pillars of the State: The Executive, Legislature and the Judiciary. These are three independent bodies which don’t interfere with each other. Unfortunately, there’s now interference from the Executive,” Machisa said.

“What’s given is actually the breach of the law. To have the Executive interfering, it’s fundamentally wrong for the VP to do so. If you look at Justice (Christopher) Dube-Banda’s judgment, it’s clear on how the VP should behave, not to use the military in his personal divorce case.

“What he is doing is to arm-twist the Judiciary, especially Justice Chiweshe to resign. These are threats being given to the Judiciary. Let’s not talk of the Judge President, but the Judiciary which has been dented. Let’s observe the independence of the Judiciary and not force it to dance to our gallery. We are perpetually denting our Judiciary in the eyes of the world.”

Another analyst Eldred Masunungure concurred, saying Chiwenga’s military relationship with Justice Chiweshe was above all most important than that of the judge with Marry because of the judge’s military background.
“The judge’s relationship with Marry is superseded by the connection he has with the military, where he was an attorney and reporting to Chiwenga, where he has that allegiance to the military,” Masunungure said.

“You and I couldn’t have used that same avenue of going straight to the Judge President. On the other hand, is it not a matter of one’s lofty office being used to advance a personal household matter? Is he not overlapping the limits on which as a citizen he has the right to lodge a complaint?” he further queried.