GOVERNMENT has set tough measures for doctors intending to leave the country and also ordered the closure of three programmes at the University of Zimbabwe (UZ)’s medical school in a move viewed as punishment to specialist health practitioners for demanding personal protective equipment. 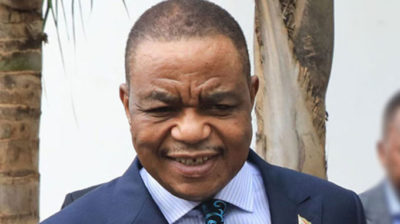 Doctors, most of them mulling leaving the country when lockdown restrictions are lifted, have been on successive job actions for better salaries in the last 12 months.

According to new requirements viewed as a manoeuvre to block a possible mass exodus, the doctors wanting to go outside the country will now be required to pay US$200 upfront for a clearance certificate signed by the Medical and Dental Practitioners Council of Zimbabwe.

The same clearance cost $1 500, about US$20, at the beginning of the year. Most doctors earn about $9 000, which is equivalent to about US$110 using the auction rate.
The doctors will also be required to obtain a “Certificate of Good Standing” signed by three people.

First to sign will be the hospital clinical director, provincial medical director or medical superintendent, followed by the director of curative services in the Health ministry, before the application finally goes to the ministry’s permanent secretary for “approval”.

In the past, only a senior doctor with five years experience, provincial medical director or medical superintendent they practised with in the previous six months was supposed to sign.
Yesterday, Vice-President Constantino Chiwenga, who is also Health minister, blocked top medicine students from accessing public hospitals as punishment for demanding better working conditions.

He also forced the UZ to immediately stop studies in three key programmes at the school of medicine to ensure that the doctors cannot proceed with their education as part of a cocktail of punitive measures.

In a letter to the UZ dean of the Faculty of Medicine and Health Services on Wednesday, one Mutongereni said they had received communication from the Ministry of Health and Child Care to suspend classes.

“Following communication from the Ministry of Health and Child Care to the effect that registrars enrolled for the University of Zimbabwe’s Masters of Medicine and Masters of Obstetrics and Gynaecology programmes are no longer allowed to access public hospitals, the university has suspended classes for the programmes with immediate effect,” Mutongereni said.

But a letter released by Zimbabwe Association of Doctors for Human Rights secretary Norman Matara, addressed to the ministry by the registrars, revealed that the specialist students were being punished for requesting minimum requirements for their safety as well as that of patients.

“A number of registrars stationed at Parirenyatwa Group of Hospitals have indicated their willingness to resume clinical services, but are hoping that minimum requirements for healthcare workers and patient safety are met as we continue in the pandemic,” the letter read.

“These include the provision of Doppler’s, CTGs [cardiotocography, a technical means of recording the feotal heartbeat and the uterine contractions during pregnancy], adequate personal protective equipment as appropriate for tasks, adequate nursing staff levels for theatres and the wards, two functional theatres at MMH at any given day and time including weekends, the ready availability of consultants to teach and assist, a commitment to resumption of elective surgeries and outpatient clinics and adequate junior levels.”

The specialist students reiterated that the hospital and the university must treat them as qualified doctors and post-graduate students and not mere cheap labour.

“It is our expectations that both the hospital and the university treats us as qualified doctors and post-graduate students and not mere cheap labour providers. Our salaries amount to nothing and providing services on a voluntary basis like this, we hope will be accorded some level of kindness,” they wrote.

The doctors also demanded that they be provided with fuel, airtime, data allowances and meals for doctors on call.

Contacted for a comment, Health and Child Care permanent secretary Jasper Chimedza asked NewsDay to send the questions on his mobile phone, but had not responded by the time of going to print last night.

The banning of specialist training has been described as a command and militaristic approach to matters of public health.

Chiwenga, his deputy John Mangwiro and Chimedza are all former military men and have been accused of using their military tactics to run the ministry.

President Emmerson Mnangagwa last week boasted that he appointed Chiwenga as Health minister to instil discipline in the ministry.