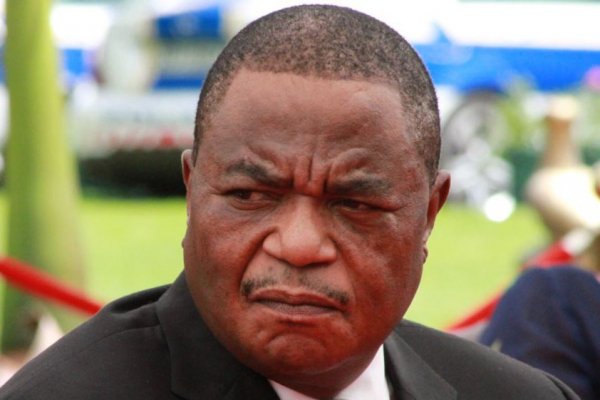 AFTER a captivating month where Vice-President Constantino Chiwenga and his estranged wife, Marry, threw brickbats at each other in riveting court applications in their ongoing divorce proceedings, the public might have had their last as the couple has decided to resolve its differences outside the courtroom.

The move came at a time graphic details of their strained relationship, alleged drug abuse, accusations of witchcraft and illegally acquired vast wealth were laid bare through affidavits deposited by each party at the High Court, where the divorce proceedings were set to be heard.

Chiwenga set the ball rolling last month, when upon his return from a four-month long stay in China where he was hospitalised, he caused Marry’s arrest on allegations of externalisation, money laundering and attempted murder and eventually locked her out of their matrimonial home in Harare’s leaf Borrowdale Brooke.

The former general also forcibly took over custody of the couple’s children, accusing Marry of being a drug addict and too sickly to look after them.

Upon her release from remand prison, Marry took Chiwenga to court demanding the return of the children and access to the house.

She then followed that up with a huge maintenance bill – broken down as US$40 000 per month maintenance for her upkeep and a total of US$7 500 per month for their three children, among other demands.

She also exposed the retired general’s alleged presidential ambitions even before President Emmerson Mnangagwa’s tenure has expired and how Chiwenga had been captured by Sakunda Petroleum’s Kuda Tagwireyi, a prominent fuel dealer who pampered him with top of the range vehicles for personal use.

Yesterday, Marry was at the High Court in the company of her lawyer Taona Nyamakura where they met Chiwenga’s lawyers Wellington Pasipanodya and Advocate Lewis Uriri with a view to have the matter deliberated on, but the hearing was deferred.

“The matter has been deferred to Tuesday, January 21 for possible argument or confirmation of settlement. We exchanged positions as legal practitioners acting for both sides in the matter and the tentative position is that this is a matter that we both agreed should be settled and not argued,” Nyamakura said, soon after exiting Justice Christopher Dube-Banda’s chambers.

“It will be in the best interest of the children that the parties find each and that the law is followed. But it’s a tentative position, if we cannot reach a settlement by Monday, then it means we proceed with oral argument on Tuesday as directed by the judge.”

Marry hit back revealing that the collapse of the couple’s nine-year customary marriage was brought about by Chiwenga’s alleged paranoia, poor health and the influence of “heavy doses of drugs”. She also claimed Chiwenga harboured ambitions to take over the presidency.

Ironically, Chiwenga had earlier also accused his wife of being a “drug addict” but Marry dismissed the claims, saying she was a better, healthy parent as opposed to an absentee father who stays more in hospitals than at home.

Newer Post
If you resigned from MDC-T, it sounds a right move
Older Post
Mphoko’s daughter raps govt for lack of respect