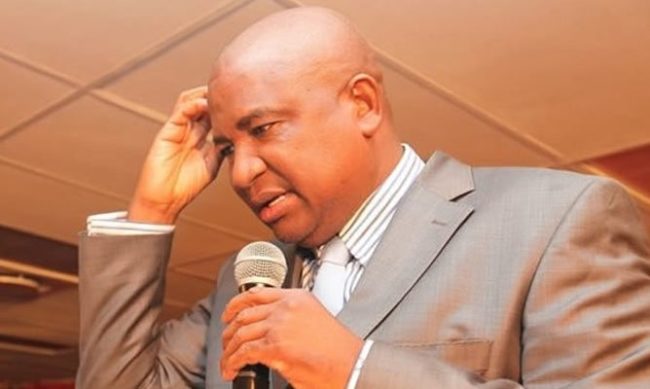 BUSINESSMAN Phillip Chiyangwa, was yesterday slapped with two lawsuits, one from his wife of 26 years Saniso Katerere filing for divorce and the other from estranged girlfriend Pamela Rusere demanding maintenance.

Katerere has approached the High Court seeking to end her marriage to the flamboyant businessman citing irreconcilable differences.

She claims her marriage with Chiyangwa has not been rosy, but marred by physical, emotional and verbal abuse to the extent that they no longer live and plan together.

Katerere said she contributed significantly to the establishment and growth of Chiyangwa’s business empire and investment in vehicles, directly through financial means, labour and skill and indirectly providing him with emotional, physical and domestic support both as a wife and a mother to his four children from another union.

“More specifically, the plaintiff (Saniso Katerere) allowed defendant (Phillip Chiyangwa) to mortgage her property known as number 59 Greengrove Drive, Greendale, Harare; sell her father’s property known as number 45 Elign Road Hatfield, Harare as well as her Eastlea flat at number 2 Northampton Court, Eastlea, Harare in order to raise funds to lay the foundation of the defendant’s business ventures which have since profitably grown into a vast empire,” Katerere said in her declaration.

“It is equitable and just that the plaintiff be awarded 50% share of the assets held by The Phillip Chiyangwa Family Trust, she said.

“Plaintiff further claims maintenance for the parties’ child (name withheld) in the equivalent to US$3 500 payable in local currency at the prevailing interbank rate, university fees, medical aid, flight tickets to and from university and top-ups as required from time to time,” she said.

In March 2018, when Elizabeth Juma divorced Chiyangwa after 30 years, she demanded a lion’s share of the family’s US$230 million estate, but she was awarded 85% of the family wealth and $85 000 monthly maintenance for 120 months.

Juma was married under Chapter 37:11 now 5:13. Court papers filed by Katerere did specify under what marriage law the two were bound.

Chiyangwa is, however, arguing that Rusere went to SA with the children without consulting him and that he could not pay the money in forex since the currency was foreign to the jurisdiction of the court.

He also claimed he had always been paying maintenance of the two children, accusing Rusere of using the cover of children to try to cream him off.

But Rusere submitted that Chiyangwa had neglected to pay the maintenance and she has been struggling to make ends meet ever since Chiyangwa stopped paying school fees.

“I assumed that respondent would fall out of his seasonal trance, but apparently, he went on like a drunken skunk until the minor children were dismissed from school, thus I had no option but to come to this honourable court to knock some sense in the respondent, but apparently he is hell bent on attacking my character,” Rusere submitted.

Chiyangwa also argued that Rusere was married to another man and had other two children with one Kura Sibanda.

But Rusere submitted that it was a shame that Chiyangwa would argue that another man was looking after his children who she said had been dismissed from school.