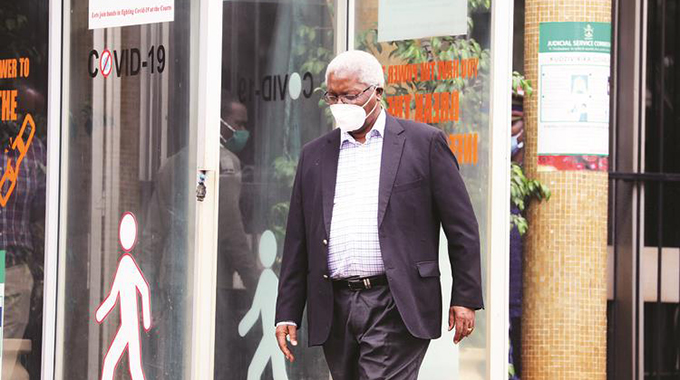 Former Cabinet Minister Ignatius Chombo was yesterday arrested by the Special Anti-Corruption Unit (SACU) in connection with the Uchena Land Commission Report, which alleges fraud and criminal abuse of office by the 68-year-old politician.

The former Finance Minister is expected to appear in court today to answer to a fraud charge and four counts of criminal abuse of office.

SACU could not shed light on the arrest but sources said charges against Chombo emanated from his tenure as Minister of Local Government from  2000 to 2015.

Chombo is alleged to have abused his position as Minister of Local Government and illegally caused desperate land seekers to deposit into his personal account, various amounts of money for land development which was never carried out.

Chombo also misrepresented to would-be beneficiaries that if they contributed the money into his personal account, he would allocate stands to them at Kia Ora Farm, Zvimba Rural District, but after the money was deposited, he did not allocate the stands.

He is also alleged to have used his influence to illegally grab 125 commonage stands at Haydon Farm, while he also allocated himself five low density residential stands at Philadelphia Farm, Harare.

The ex-minister also allegedly grabbed several stands in Carrick Creagh, Harare District, and registered them in the names of his companies without paying for them.

Professor Madhuku yesterday confirmed his arrest saying: “He handed himself to the police as they were looking for him in respect to the Uchena Commission Report. He is in custody and is expected to appear in court tomorrow.”

President Mnangagwa received the Uchena Land Commission Report in 2019 which stated that land barons, housing cooperative leaders, property developers and politically-connected people illegally sold US$3 billion worth of urban State land since 2005 and pocketed most of the cash.

The President then assured the commission and the nation at large that Government would leave no stone unturned in bringing to book, rogue elements involved in the corrupt activities.

“I want to assure you that Government will seriously examine and interrogate the recommendations you have made for the purpose of correcting where corrections are needed and institute prosecution where it is necessary.

“We have a huge challenge as Government to make sure that our people have basic necessities like water and roads as highlighted in the executive summary,” he said.

Chombo also has other pending court cases after being arrested in 2017 over another case of criminal abuse of office.

He is alleged to have mishandled the Garikai/Hlalani Kuhle housing programme at Whitecliff Farm, Harare.

In 2019, he was arrested again, on allegations of corruptly selling a Government property in Mutare to a former Zanu PF Member of Parliament.

According to the recommendations of the Commission of Inquiry into the Sale of State Land in and around urban settlements, at least 431 cases of suspected corruption should investigated and prosecuted.

The commission also wants all past and present Government officers connected with managing State land investigated, including lifestyle audits, for possible charges of abuse of office, bribery and general corrupt practices.

Many who bought stands from land barons were cheated, later finding out that they had no roads, water and  sewage systems at their stands most of them on wetlands, servitudes, sites earmarked for schools, clinics and recreation among other places where housing is not allowed.