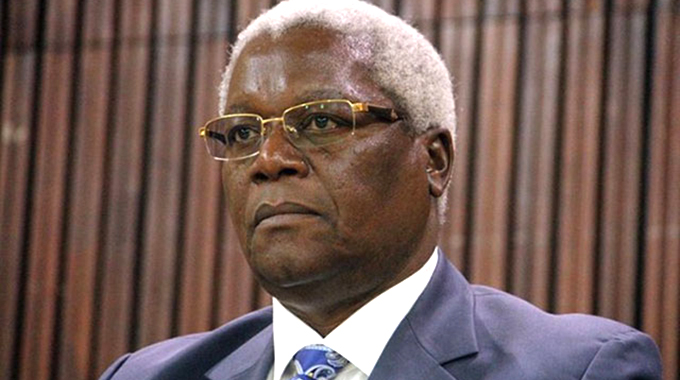 HARARE regional magistrate Mr Stanford Mambanje is today expected to deliver a ruling in a matter in which former Cabinet Minister Ignatius Chombo applied to be exempted from the charges of corruptly allocating land during his tenure in office between 2000 and 2015.

Mr Mambanje was set to deliver the ruling yesterday but deferred it to tomorrow after he failed to complete writing the ruling because of a power outage that disrupted operations for almost the whole day at the Harare Magistrates Court.

The State led by Mrs Netsai Mushayabasa opposed the application. Circumstances leading to Chombo’s arrest are that between 2000 and 2015 when he was Minister of Local Government, he allegedly caused homeseekers to deposit money into Ignatius Chombo Housing Cooperative’s Agribank account for land development.

It is alleged that Chombo promised to allocate the homeseekers stands on Kia Ora Farm under Zvimba Rural District Council.

Further allegations are that during the same period, he used his influence as minister and allocated to himself 125 commonage stands in Haydon Park and another five low density commonage stands at Philadelphia Farm in Harare.

The stands were allegedly surrendered by Misheck Mangwende. Chombo is also accused of allocating stands to companies he allegedly owns — Comverol Enterprise (Pvt) Ltd, Cayford and Cavford (Pvt) Ltd at Carrick Creagh Farm in Harare — without paying for the stands.

He also allegedly sold State land at Order Farm to Sensene Investments (Pvt) Limited and is alleged to have instructed officers at the Local Government Ministry to sign a Deed of Settlement for Stoneridge Farm for Phillip Chiyangwa’s Pinnacle Holdings without Cabinet approval.