Choppies opens another branch in Zimbabwe 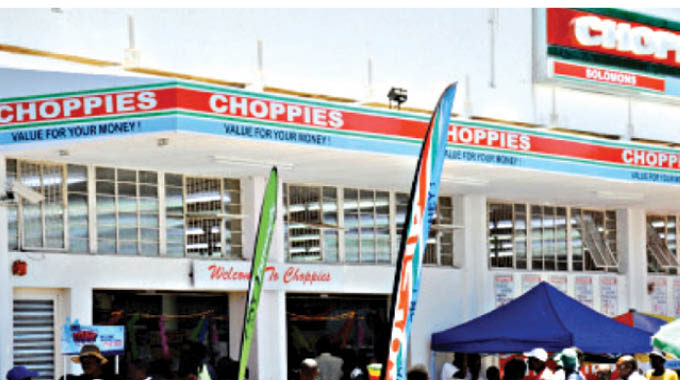 BOTSWANA-BASED retailer, Choppies Supermarket has increased its footprint in its Zimbabwean operations following the opening of a new outlet in Harare’s Machipisa suburb.

The retailer opened doors to the Machipisa community last week, taking the tally of the shops in the country to 36.

Choppies chief executive Mr Ramachandran Ottapathu described the new delivery as confirmation that the retailer was in Zimbabwe to stay.

“Choppies is happy to advise that we have opened a new outlet in the Machipisa area of Harare. This is confirmation that Choppies is in Zimbabwe for real business. We are here to bring real shopping convenience to our customers and we shall continue to strive to deliver to our customers’ expectations,” said Mr Ottapathu.

According to the Choppies boss, the new shop has created employment for over 50 people, adding to the over 2 000 employees that have been on the retailer’s books since the company opened its first doors in 2013.

“Employment creation remains one of our key drivers. We have taken on board 50 employees for the Machipisa operation and we are keen to ensure that Choppies becomes an employer of choice in the Zimbabwean retail market in the very foreseeable future,” Mr Ottapathu added.

With the Zimbabwean economy facing challenges that has seen shoppers spending and buying power being reduced on a daily basis, expectations are that some shops might scale down operations or fold, at the worst.

Choppies, however, Mr Ottapathu said, was geared to remain in business despite the challenging economic situation.

“We have pledged to be in Zimbabwe and deliver shopping convenience to the people. We have gone through tough times. The shoppers are faced with challenges. But we would like to commit ourselves to remaining in operation despite these difficult times. And the opening of the new shop in Machipisa is further confirmation that we are here for the people of Zimbabwe,” he said.

Choppies Machipisa’s opening follows hot on the heels of the company’s publication of the 2018 financial results which have been a major issue of late.

The Botswana Stock Exchange (BSE) last year suspended the retailer from its bourse as a condition to force Choppies to publish the financial results.

It is expected that sooner rather than later, the retailer would bounce back to the BSE bourse as well as re-list on the Johannesburg Stock Exchange (JSE).