Church should be arbiter, not political actor 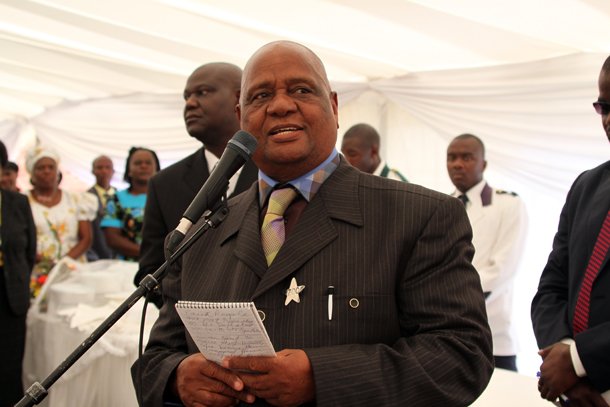 Source: Church should be arbiter, not political actor | Newsday (News)

The church has always been looked up to in times of crisis, such as we currently have in Zimbabwe, to resolve problems between feuding parties by providing that key neutral and divine voice of reason for the betterment of society.

Almost all its messages and advice have been informed by the need to promote love and unity, and we have seen that locally after priests under the Catholic Bishops Conference indicated way before the July 30 harmonised elections that they were already priming to bring both the Zanu PF leader Emmerson Mnangagwa and MDC Alliance leader Nelson Chamisa to the negotiating table as they anticipated a disputed poll outcome.

It is, therefore, worrisome when a church leader or denomination openly calls on the losers to just accept the outcome and move on, at a time the election results are being contested in a court of law.

Looked at in the background where churches are expected to be neutral, and serve everyone, the decision by the Bishop Nehemiah Mutendi-led Zion Christian Church to endorse Mnangagwa’s purported victory and try to compel everyone else to do the same, is quite worrisome.

Only a church that is impartial is able to serve society better and while some churches have had long-running embedded fellowships with political actors, only those that refuse to take sides can retain society’s respect.

Appearing to take sides in a situation where there is a contest will imply that such a church cannot bring feuding parties together, but is comfortable with whatever is the status quo, whether or not it is fair.

It is high time that the various denominations that make up the body of Christ speak with one voice in matters obtaining in the community they are called to serve. Politicians come and go, but communities abide forever.

The church therefore must play the primary role of being a unifier even in politics, rather than entrenching deep political divisions.

The challenge with churches that close rank with political actors is that they lose their moral integrity, even if they have huge followings, which politicians often seek to abuse as a means of getting votes when it is election time. But self-respecting church denominations that serve God should refuse to be used to rubber stamp political outcomes, but must offer advice and guidance to all parties.

The country has been so politically-divided and wounded that churches must spearhead healing even by providing checks and balances. If the church must indeed offer a prophetic voice to the nation, then churches must confront leaders when they fail.

Prophets in the Old Testament were used by God to ensure that kings avoided political excesses, and whenever these happened, the prophets would confront the kings and bring them to order. It is morally wrong for a church to salute a leader for winning an election, while remaining silent when soldiers that report to the same leader spray bullets into unarmed civilians without restraint.

The church has a duty to safeguard and reinforce the moral boundaries of the nation rather than make reckless statements in support of one political organisation against another. Such church leaders confuse their role and drive a deep wedge against the people instead of providing a bridge through which they can come and work together. We call such church leaders to order.

The post Church should be arbiter, not political actor appeared first on NewsDay Zimbabwe.