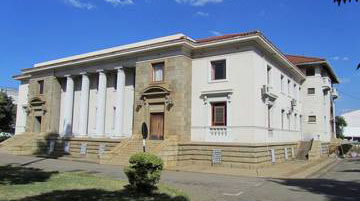 A Harare City Council senior staffer, Mr Joel Zizhou, has been hauled before a Harare court for allegedly demanding a US$450 bribe for the issuance of a shop licence.

The 53-year-old Mr Zizhou is employed as a senior environmental officer.

He recently appeared before Harare Magistrate Mr Nyasha Lee Vitorini and was remanded in custody to July 23.

It is the State’s case that on July 3 this year, Mr Joseph Sokhani, who sells cellphones and related accessories, applied for a shop licence at HCC’s Rowan Martin offices.

He duly paid an inspection fee of $60.

He was subsequently advised to wait for an inspection officer to visit his premises before his application could be approved.

The court heard that the following day, Mr Sokhani’s shop was inspected and the environmental officer, Mr Zizhou, refused to approve the application ostensibly because the premises did not meet the minimum health requirements.

The State, led by prosecutor Mr David Vurayai, alleges that Mr Sokhani told Mr Zizhou that he had the capacity to facilitate the issuance of his licence if he paid US$450.

“The complainant reported the case to the CID anti-corruption unit and a trap was authorised, leading to the arrest of the accused person at Rowan Martin car park after he was handed US$50 trap money,” said Mr Vurayai.