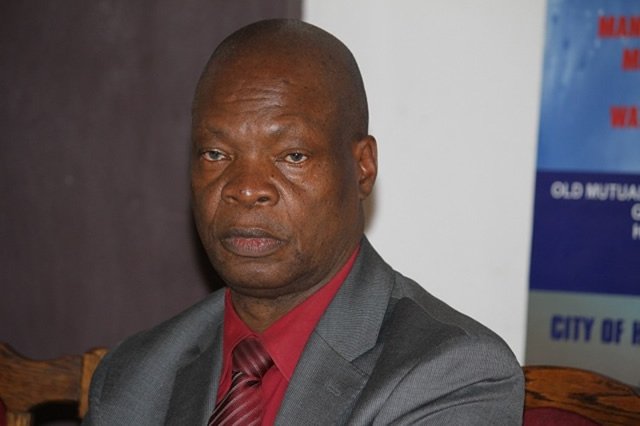 The councillors were members of council’s procurement committee when the offence was allegedly committed.

The eight were charged for corruptly awarding tenders worth $32 million to two companies for refurbishment work without following the laid down procedure.

They all denied ever corruptly awarding tenders to the companies insisting everything was done properly.

Councillors denied liability saying they were not involved in executive decisions.

Mahachi’s lawyer Mr Tapson Dzvetero of Antonio & Dzvetero and Mr Admire Rubaya, who was representing Muserere, successfully objected to the production of uncertified documents as exhibits in court.

The documents in question, sought to be produced when the first witness Engineer Zivai Musikavanhu took to the witness’ stand.

Allegations against the eight arose sometime in 2010 when council embarked on a programme to upgrade and rehabilitate sewer plants at Firle and Crowborough in Harare.

The programmes were spearheaded by Muserere and Zvobgo, who were responsible for waste water reticulation management.

Mubvumbi was to secure funds for the rehabilitation projects.

During that time, City of Harare was governed by the Urban Councils Act Chapter 29:15, which set out tender procedures and the role of the procurement board.

In addition, City of Harare came up with a tender procedure award and administration of contracts and procurement of stores material manual.

The manual stated that procedures and regulations shall be used without exception in all departments for transparency.

It is alleged that the accused persons smuggled unregistered companies for the award of the contract for the Firle sewage works.

They allegedly hand-picked Energy Resources Africa Consortium (ERAC) for a contract valued at $13 816 117, 10. Acting in connivance, the accused reportedly came up with an unpriced bill of quantities for the rehabilitation works and corruptly neglected to request the bidders to submit the required documents.

They disregarded laid down procedures and intentionally by-passed the tender formulation team.

On tender opening day, all the accused persons, well knowing that ERAC was not registered, circumvented the tender verification team, which could have picked up the anomaly, the court heard.

It is alleged that on March 22, 2011 the accused awarded tender to Sidal Engineering valued at $18 121 125,10 without following council procurement procedures.