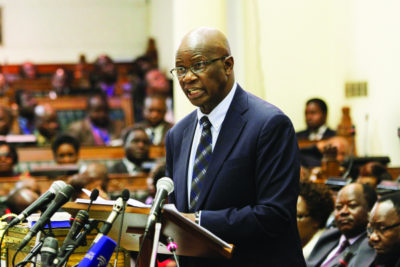 THE Zanu PF politburo has barred civil servants from contesting in the party’s district co-ordinating committee (DCC) elections, saying it was illegal for them to stand for political office.

The decision, announced after Wednesday’s politburo meeting, came after several civil servants, among them teachers and judicial officers had submitted CVs for consideration as candidates ahead of the party’s internal polls. They had initially been given the greenlight by Zanu PF national commissar Victor Matemadanda in a circular dated September 10, 2020.

Zanu PF Masvingo provincial spokesperson, Ronald Ndava said: “Initially, there was a waiver which allowed civil servants to participate in the DCC election, but now we stand guided by the decision after noting the illegality.

“It is up to the candidate now to decide if he or she wants to continue contesting the election and to relinquish his/her post in the civil service.”

Some of the members to be affected by the politburo’s decision include Siyaki Mudungehama, a teacher in the Gudo area who was eyeing the Chiredzi chairmanship, while Norman Sharara, who wanted to deputise him is a schools inspector in Chiredzi.

Another affected candidate is Mashoko High School head, Tranos Mbwirire, who was gunning for the post of secretary for business development and liaison in Bikita district.

Elsewhere, current Mashonaland West regional director for Primary and Secondary Education, Gabriel Mhuma was reportedly vying for the position of secretary for science and technology in the Makonde DCC election.