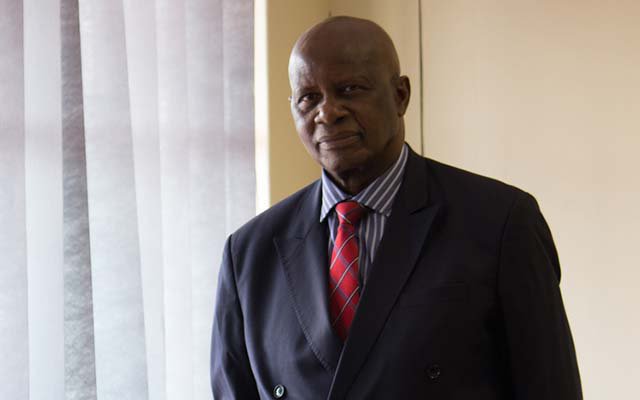 HARARE – The continued rise in the cost of living is creating serious challenges for the new government which is now faced with fresh demands from civil servants for massive salary adjustments in line with the increase in the breadline. 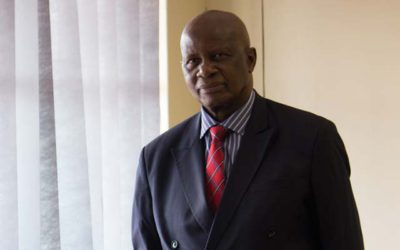 Unions told the Daily News this week that public workers were being driven to the fringes of abject poverty because of spiralling prices, especially of basic commodities.

To cushion their members, unions are agitating for salary adjustments consistent with the poverty datum line (PDL), estimated by statisticians to have been around $545 as of November last year.

Estimates suggest the PDL — defined as the cost of a given standard of living that must be attained if a person is deemed not to be poor –could have gone up to anything above $700, inflamed by the sharp rise in prices.

Discussions within unions representing government workers are not focussed on figures to be presented before their employer, with the Amalgamated Rural Teachers’ Union of Zimbabwe (Artuz) claiming they will not negotiate for an increase below 200 percent.

The Apex Council — the umbrella union for civil servants –is, however, content with a review that matches the PDL, for the least paid employee.

“Civil servants are becoming vulnerable. We are now pushing for our salaries to be above the PDL. We are very much disturbed with the existence of a three-tier pricing…,” said George Mushipe, the Apex Council’s information and publicity secretary.

“Previously, we could understand the fiscal challenges faced by government but with the current sharp price increases, we have been left with no option but to demand a salary hike. We are going to engage government because our salaries have been completely eroded,” he added.

Salaries in the civil service were last reviewed about six years ago, when the country emerged from a unity government in which former president Robert Mugabe shared power with his nemesis, MDC leader Morgan Tsvangirai — who was then prime minister.

While prices had stabilised during the era of the coalition government from 2009 to 2013, the economy has persistently suffered inflationary shocks since then.

The past year became the tipping point, when prices zoomed beyond the reach of many.

Retailers are using a three-tier pricing system whereby payments effected through plastic cards attract higher prices than those made through the local bond note. The surrogate currency is, however, playing second fiddle to hard currencies, especially the United States dollar – the most sought-after currency.

While the new administration of President Emmerson Mnangagwa has set up a committee led by retired general Constantino Chiwenga (Vice President) to look into the price escalations, the market continues to behave wildly.

The stimulant stoking the price increases has been cost-push inflationary pressures — arising mainly from the cost of accessing hard currency on the black market to pay for imported goods since Zimbabwe is a net importer.

Most importers are unable to access foreign exchange from formal banking channels where rates are tightly controlled by the monetary authorities because they hardly get any owing to a crippling liquidity crisis.

As a result, they are scurrying for foreign exchange on the black market where they obtain it at a heavy premium which is passed on to the consumer.

“Prices have doubled so our salaries must also double (too),” said Artuz president, Obert Masaraure.

“In addition to that, we need a rural allowance which is 100 percent of current salary”.

Most teachers earn a basic salary of around $375, thus doubling the figure will push their pay cheque to $750.

Masaraure said government had been evading their overtures for the past five years and it was about time they confront their employer.

Artuz has launched a campaign dubbed Restoring Teacher Legacy in 2018, borrowed from a military campaign of November 15 called Operation Restore Legacy which targeted “criminals” around Mugabe.

Despite claims that the military operation was aimed at restoring Mugabe’s legacy, the despot himself became the biggest casualty of the campaign after he was forced to resign.

Unlike the military operation, Artuz will employ both traditional methods of protests and new innovative forms of protests to force government to award a pay increase.

The Progressive Teachers Union of Zimbabwe (Ptuz) said government must think outside the box on how it can reward its employees, suggesting non-monetary incentives such as residential stands in view of the liquidity crunch limiting Treasury’s options.

Ptuz secretary-general Raymond Majongwe said civil servants were the worst affected by the economic meltdown since their remuneration had not been reviewed for six years.

“Prices are going up; rentals are going up and school fees are also going up…We cannot remain quite while the situation is becoming harder for us,” said Majongwe.

He said Ptuz was engaging its members to ascertain the percentage increase to be put before their employer.

“For the salary increase, we can’t talk about figures now as we are still engaging other civil servants. During Mugabe’s time, we were advocating for non-monetary incentives like stands. We are drumming up support and engaging other unions on the matter.

“We want to have consensus on the issue and engage government, we must not continue giving threats. ED’s government has done extremely well regarding our pay dates. We are now paid within the month we have worked. Let’s now consider conditions of service and a possible salary hike,” he said.

Efforts to get a comment from Petronella Kagonye, the minister of Labour and Social Welfare were fruitless.

The salary pressures come at a time when Finance minister Patrick Chinamasa is rolling out austerity measures to rein in runaway government expenditure.

The 2015 Civil Service Audit revealed that government has 188 070 workers on its payroll, excluding uniformed forces and Health Services Board personnel.

Its wage bill already chews over 70 percent of the total National Budget.

The pressures on wages are also being felt in the private sector where the main labour union, the Zimbabwe Congress of Trade Unions (ZCTU) is saying workers are singing the blues.

ZCTU secretary-general Japhet Moyo said there was no plausible explanation to justify the price spirals, which have been worsened by what the union called the “arrogance” of the present government.

“The issue is not affecting civil servants only. For the past three years, there was no wage review in various sectors – wages are not going up,” said Moyo.

Moyo added that the union is currently consulting its broad membership on the way forward.

He said: “We have not yet decided the particular day to take action: We are still consulting. The current government is very arrogant. They are pretending as if everything is going on well. We have tried to engage government but they said they are not going to regulate the prices, they are arrogant while people are suffering.”