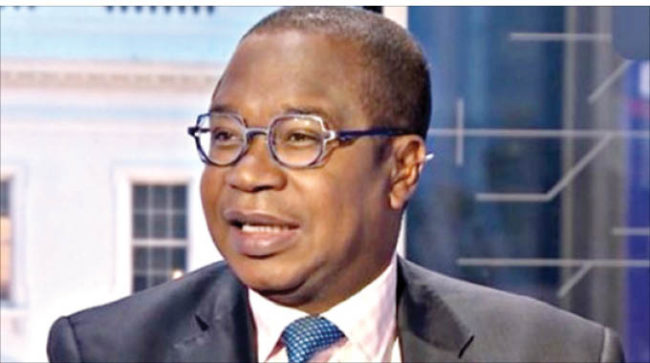 GOVERNMENT’s decision to introduce subsidised grocery shops in army barracks and for all members of the uniformed forces has attracted an outpour of anger from civil servants and the generality of Zimbabweans, who described the project as divisive.

Civil servants have also vowed to resist the proposed 2,5% tax on their salaries to fund the project.
Cabinet on Wednesday resolved to set up garrison shops to enable all members of the defence forces, who will be on Government Employees Mutual Services (GEMS) Fund, to have the additional benefit of accessing subsidised basic commodities that will be sold in the specialised shops within cantonment areas.

A Civil Service Mutual Savings Fund that will see 2,5% being deducted from salaries of all government workers for them to borrow using the facility has also been set up, raising suspicion from other civil servants that it is meant to feed restive members of the defence forces using the suffering civil servants’ money.

In a statement last night, Public Service Commission secretary Jonathan Wutawunashe said the GEMS Fund was a voluntary scheme that mobilises savings by government employees for the purpose of wealth creation to benefit serving and retired civil servants.

He said government had provided seed capital of $100 million, with the possibility of the amount being doubled to support civil servants by kick-starting the scheme.

“Since GEMS is being launched as a facility for wealth creation, upon termination of employment, members can withdraw the totality of their contribution with accrued interest,” Wutawunashe said.
“GEMS is being introduced as part of the expanding portfolio of benefits to support the livelihoods of civil servants.”

He also said garrison shops for the uniformed services were based on a self-financing model as they entailed selling of goods to customers, adding logistical arrangements relating to their operationalisation was being worked out.

But the Apex Council, an umbrella body for civil servants labour unions, said the decision by government was made without any consultation with the workers and there was every reason to suspect it was one of those schemes to fleece workers.

“Critically, it is not an issue that we can competently speak to because it is completely coming out of the blues. We have not been consulted and we don’t know what is going on,” Apex Council spokesperson David Dzatsunga said.

“We will not dignify it by really giving it too much attention, except that if it were true, it would be so wrong in terms of how it is being done.

“Given the history of these kind of schemes that they come up with, they end up being schemes to fleece workers. We have every reason to believe that whoever is coming up with that might have a personal interest.”

The Progressive Teachers Union of Zimbabwe (PTUZ) threatened to mobilise its membership and the rest of the civil servants to resist the “divisive move” by government.

“(Finance minister Mthuli) Ncube is a human epidemic bent on entrenching poverty and misery among teachers and the earlier we mobilise, organise rather than agonise, the better. Such thuggery, thievery and robbery of $10,5 million from starvation wages of teachers per month and $18,750 million per month from civil servants is not only callous, vapid, vague and vacuous, but monumental injustice that can never be accepted by any civilised nation 40 years after independence,” PTUZ president Takavafira Zhou said yesterday.

“Reducing soldiers to ridicule and subsidisation by civil servants is dangerous, a security threat and compromises civil-military relations.”

The Amalgamated Rural Teachers Union of Zimbabwe (Artuz) described the new 2,5% tax as an attempt to destabilise the public service.

“The latest move is a threat to labour justice in Zimbabwe. Robbing underpaid civil servants to pay another group of civil servants is a sure sign of a Cabinet that has run out of ideas. We will defend our miserable wages. Hands off our salaries,” Artuz spokesperson Nation Mudzitirwa said.
“We urge President Emmerson Mnangagwa to read the riot act and block this chicanery which overtly threatens to compromise the efficiency of his government. The solution to the current crisis is not a garrison shop or any of this funny initiative. The solution is production and plugging the holes of corruption.”

The opposition MDC’s secretary for labour and social security, Gideon Shoko, said: “Never in the history of labour has an employer asked some of his employees to subsidise other workers, but the Zimbabwe government is ironically asking the rest of the civil servants to subsidise those in the security sector.”