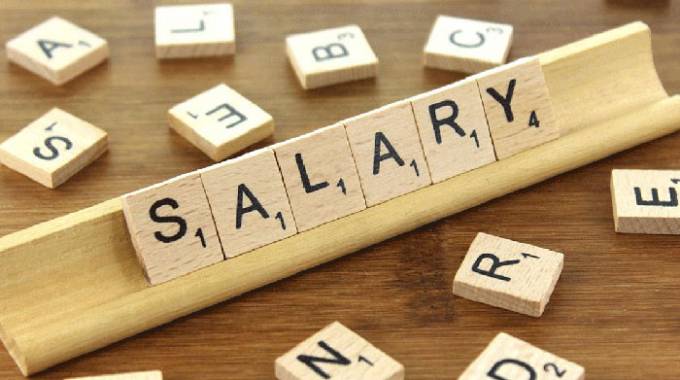 The new figures were scheduled to have been sealed in April, but the requisite meetings could not be held due to Covid-19 challenges.

Separately, Government is studying a set of proposals to cushion private-sector workers agreed to by the Tripartite Negotiating Forum (TNF) at a recent meeting.

The National Joint Negotiating Council (NJNC) comprising Government and public service representatives under the banner of the Apex Council last met in January.

They had agreed on a pay review and a further assessment in April. The easing of lockdown restrictions last month opened a window for negotiations to resume.

“We have the NJNC that should be sitting very soon over workers’ welfare. That process should be starting  . . . maybe as soon as next week (this week),” said Prof Mavima.

“As Government we appreciate the need to cushion our workers against the tough economic environment. The NJNC should be meeting as the negotiating forum between Government and its employees.

“They last met in January when a minimum salary was agreed on, but we feel that there has been an erosion because of inflation. The issue of this erosion of incomes is well-appreciated by Government.”

High inflation and the devalued local unit have wreaked havoc for most workers whose incomes have lost significant value.

Prices of basic goods and services have continued to skyrocket, while certain goods are now priced exclusively in US dollars by some retailers, amid stagnation of incomes and volatile parallel market exchange rates.

The lowest paid Government worker earns about $3 000 before deductions.

The monthly low-income urban family budget for a family of six rose to $8 725 last month, up from $4 378 in January, according to calculations by the Consumer Council of Zimbabwe (CCZ).

Prof Mavima said Government would, however, not commit to paying its workers in foreign currencies as widely expected by the civil service.

“Our position is that we cannot remunerate our workers in US dollars. As Government we cannot run around looking for US dollars when we have just introduced a new currency.”

In a letter requesting the immediate convening of the NJNC to the forum’s chair and Government chief negotiator last week, Apex Council vice secretary Mr Gibson Mushangu said the meeting should address the “challenges which are drastically bedevilling the civil servants”.

“We last had an NJNC meeting and agreement in January with the view that regular meetings to address changes in the economy would be made but hitherto, nothing has materialised,” wrote Mr Mushangu.

“It is to this end that this council requests you to convene the meeting with urgency so as to address the challenges which are drastically bedevilling the civil servants.”

“Workers are under pressure because incomes have been eroded by inflation and the Covid-19 pandemic,” she said.

“The workers are now in a very bad situation. When we go for negotiations we will press for salaries in US dollars. While we appreciate that it is good to have a local currency, the problem is that it is not storing value.”

The TNF, which brings together Government, business and labour, met on May 28 and committed to pushing through three distinct programmes to cushion hard-pressed workers and businesses.

It was resolved that employers should commit to frequent salary adjustments while Government explores the possibility of establishing an unemployment benefit scheme and expedite currency reforms.

“We had this discussion about workers welfare at our Tripartite Negotiating Forum and there are various proposals that we put on the table,” said Mr Moyo.

“The first one was to continuously review the incomes so that they follow inflationary trends. The second one was to see whether authorities can be able to establish an unemployment benefit scheme, because a number of able-bodied people are now unemployed and they need to be assisted.

“We then tasked NSSA (National Social Security Authority) with crafting an unemployment benefit scheme to assist those who have lost jobs. And thirdly we needed to look at our currency reforms. Our view is that if that cannot be done as a short term measure we need to then ensure that incomes are regularly reviewed to follow the trend.”

Mr Moyo said it was unfortunate that collective bargaining in some sectors was unable to follow that. He said the proposals had since been transmitted to Cabinet through the Ministry of Labour.

Employers Confederation of Zimbabwe president Dr Israel Murefu said many businesses were either in intensive care or functionally dead and thus unable to review salaries.

He said the Covid-19 pandemic and the attendant lockdown had severely disrupted operations, markets and production value chains.

“Businesses are not only grappling with survival but escalating costs which threaten business viability,” said Dr Murefu.

“Therefore, given such a scenario, the first rule of thumb is to find ways of recovering and bringing back to life many businesses. Survival is the priority so that jobs or employment can be saved or restored to pre-lockdown levels if possible.”

Employees needed to exercise restraint when demanding salary reviews as employers had not been spared the economic challenges, he said.

“Against such a background, employers are calling for restraint in terms of demands for salary increases which clearly may be justifiable because of the falling Zimbabwe dollar and rising inflation.

“The currency devaluation and consequent inflation are not sparing the employer. This means employers and employees have to meet each other halfway so that there is a win-win outcome.”

“It must also be realised that many employees are still sitting at home because either there is no sufficient work or are not capacitated to work from home, or if they are factory production workers they can’t work from home but are probably being paid.

“Under these circumstances, we as EMCOZ would call for restraint in terms of wage and salary demands until the environment improves and a semblance of normalcy is restored in business. It must also not be forgotten that the economy was already in distress prior to Covid-19 and, therefore, that distress has actually worsened.”

According to the CCZ, a family of six now requires $5 551 for groceries a month while a further $2 666 is required for basic requirements such as housing, transport, health and clothing.

But in the past fortnight the prices for basic goods and services have risen further.

“As CCZ we assume that the increase in the total figure of the basket can be attributed to the influence of the parallel market on exchange rates, limited supply of some basic products and panic buying by consumers because of the lockdown.

“Mandatory restrictions like the lockdown require citizens to stay at home in order to avoid the spread of the coronavirus but on the other hand, these measures have triggered panic buying, leading to an increase in the price of most basic products,” said CCZ.