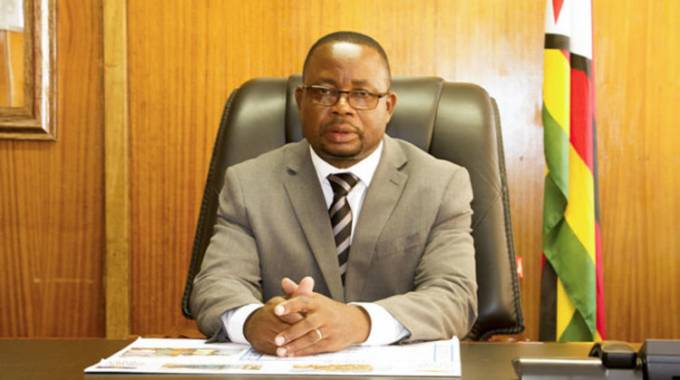 Zvamaida Murwira
Senior Reporter
Civil servants have been implored to allow the ongoing dialogue between representatives of Government and those of the employees under the National Joint Negotiating Council (NJNC) on their conditions of service, before they resort to any action as that would adversely affect discussions.

Public Service, Labour and Social Welfare Minister Professor Paul Mavima told The Herald yesterday that there was no deadlock to warrant threats of industrial action, and urged civil servants to continue going to work while negotiations continue.

Prof Mavima said calls for work boycott were counter-productive given the efforts that are underway to improve the living conditions for its workers.

“Let us give dialogue a chance instead of resorting to industrial action. I encourage civil servants to continue going to work, while we are holding further consultations on the ongoing negotiations,” said Prof Mavima.

He said the Labour Act was clear on what should happen if there was a deadlock during negotiations.

“Industrial action is not necessary. We have not yet exhausted negotiations. There is still another chance. There is no impasse which would ordinarily necessitate to go for arbitration,” said Prof Mavima.

Government has been holding talks with civil servants’ representative body under the banner of the Zimbabwe Confederation of Public Sector Trade Union led by Mrs Cecilia Alexander. They rejected a staggered 75 percent offer that is set to take effect this month starting with 25 percent while the 50 percent will be effected in June.

Zimbabwe Confederation of Public Sector Trade Union spokesperson, Mr David Dzatsunga, said they had told their members to report to work for only two days per week.

“That is what they are able to do given what they are getting. This is not an industrial action, but we are incapacitated,” he said.

A fortnight ago, Public Service Commission Secretary, Ambassador Jonathan Wutawunashe, said the last meeting was held in earnest and in an honest way.

During the meeting, Government said it had financial constraints emanating from a prolonged economic shutdown period owing to the lockdown measures instituted to manage the Covid-19 pandemic, during which revenue generation was reduced to virtual insignificance.

Further, Government coffers are stretched since it is paying for vaccines, with the aim of administering doses to at least 10 million people, to achieve herd immunity.

He said notwithstanding the financial constraints, Government remained committed to fulfilling the payment of salaries and benefits to all civil servants, including those who were at home during the long periods of national lockdown. But as the economy improves, Government anticipates more space for further improving conditions of service for its workers.

As the crucial negotiations continue, Government wishes to implement the payment of salary increments from what is immediately available to support its workforce, without prejudice to the negotiation process.

This is being done in view of the fact that some civil servants do not belong to any union, and might not wish to forgo the immediate improvement of their working conditions pending the conclusion of negotiations in the NJNC.

Ambassador Wutawunashe said Government was committed to the collaborative task of developing a realistic roadmap that will guide deliberations as the country drives towards the attainment of Vision 2030 of an upper middle income economy.