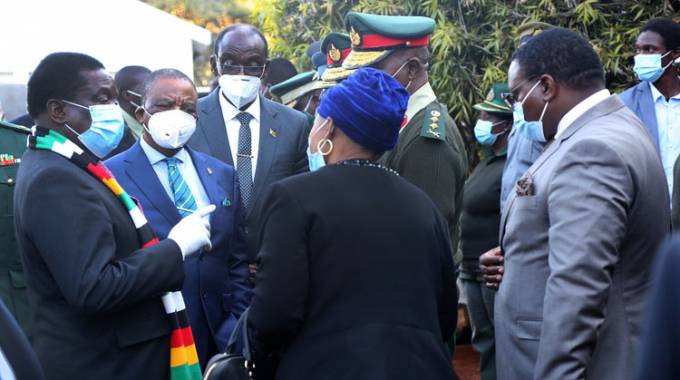 THE late Air Chief Marshal Perrance Shiri (Retired) was a sucker for Tuku Music and had the departed superstar’s entire music collection, which he “guarded jealously”.

According to family friend, Uzumba legislator Cde Simbaneuta Mudarikwa, the two used to attend the late Oliver “Tuku” Mtukudzi’s shows where they would drink and dance till the wee hours of the morning. They would challenge each other to sing Tuku’s songs, of which Cde Mudarikwa admitted Air Chief Marshal Shiri (Rtd) would always come out tops.

“He could sing ‘Ziwere’ to the end,” said Cde Mudarikwa, adding, “He was in love with the music because it was indigenous and he valued the importance of preserving local culture. That is why he was instrumental and supportive in the building of Pakare Paye Arts Centre.”

Air Chief Marshal Shiri (Rtd) is said to have had all the over 60 albums making up Tuku’s catalogue.

“He was an ardent Oliver Mtukudzi follower and had all his collection, which he guarded jealously. He loved his whisky too.

“We used to frequent Mtukudzi’s shows together and we would dance along all night. At one of the shows in Harare, we had our bottle of whisky on a table and as the night wore on, with the music vibe getting into us, a drunk lady reveller fell onto our table and I became furious.

“I was about to mete out instant justice on the poor lady, but Cde Shiri blocked my hand. He said to me ‘we don’t hit ladies, besides, she is drunk’. That was him, he had that soft part of his military fabric.”

Air Chief Marshal Shiri (Rtd) is said to have ordered two more whisky bottles and that show is said not to have ended at 2am, Tuku’s traditional cut-off time.

“Tuku wanted to finish his act around his traditional 2am, but Cde Shiri beckoned him to play on. He played till 4am. Afterwards, Cde Shiri told Mtukudzi that if he wanted an extra cheque he would have to come to his office. They laughed it off. Such was Shiri,” said Cde Mudarikwa.

“He specifically loved the jiti aspect of Tuku Music and that is how he ended up sitting down with Mtukudzi to form the Air Force band. It was Mtukudzi who helped him to set up the traditional band in the Air Force and the two became buddies as well.”

Tuku’s widow, Daisy, said she was at a loss for words on the death of Air Chief Marshal Shiri (Rtd).

“I can’t even believe he is no more. He was a family friend whom we related with very well. We visited each other and we even went to his rural home in Mt Darwin for a function at Murongwe School.