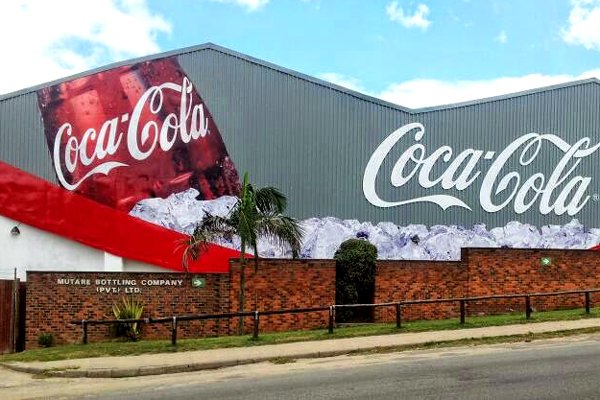 Zimbabwe is set to benefit from a US$38 million fund by The Coca-Cola Company (TCCC) to tackle plastic pollution in Southern, East and Central Africa over three years.

The world is producing 300 million tonnes of plastic every year and TCCC has embarked on a holistic end-to-end strategy over the next three years as part of global efforts in managing and reducing waste under an initiative to achieve a world without waste.

“We have shifted our business priorities to ensure value is added to our plastic bottles so that they don’t end up as waste. We’re investing in innovative design, collection and recycling models and partnership, to turn our bottles into valuable resources that can drive a green economy,” said Bruno Pietracci, president of Coca-Cola Southern and East Africa.

“That is why today we are launching our three-year campaign to accelerate our world without waste vision. Together with our bottling partners, we are investing over US$38 million to stimulate plastic recycling industries across Southern & East Africa and to educate people about what, how, and where to recycle.”

In Zimbabwe, TCCC is part of PetrecoZim (Pvt) Limited, an initiative that was started by major companies in the beverage and allied industries in Zimbabwe in 2011 to address environmental pollution related to PET bottles.

This was in line with concerns that were flagged by the Environmental Management Agency. The disposal of postconsumer polyethylene terephthalate bottles had become a huge problem in the country due to lack of any visible recovery and recycling effort.

These companies use PET packaging in their operations in one way or another as converters, bottlers or brand owners.

Globally, TCCC launched its World Without Waste project and with the primary aim of making its packaging 100% recyclable globally by 2025 and use at least 50% recycled material in its packaging by 2030.

“In 2017, we took a fresh look at the problem of packaging waste — and we did not like what we saw. Plastic bottles, cans, and other containers kept ending up in our oceans and waterways or littering the communities in which we all live and work. While we had made great strides in recyclability — with 87% of our packaging recyclable — we realised we had to do more to make sure our packages actually are collected and recycled,” reads the report.

“So we gathered together and set ambitious goals around a central idea: to make the world’s packaging waste problem a thing of the past. We knew we needed to be ambitious because that is how we have successfully overcome other challenges.”