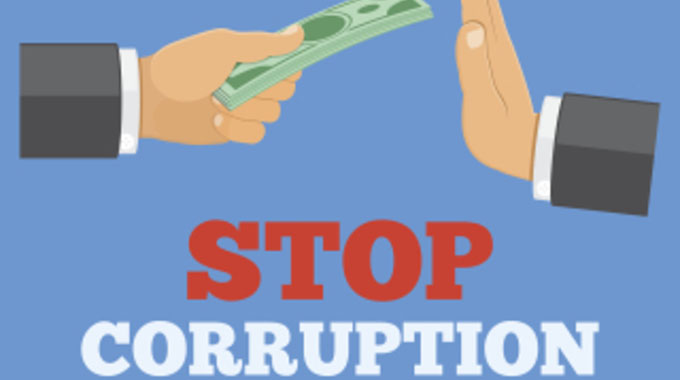 Profound discussions and research often concentrate on the causes and effects (the “top and tail”) of corruption with limited attention paid to mechanisms for combating the menace (the “heart”). This is also against the background of mounting evidence, in literature, that success with anti-corruption efforts has been generally elusive with improvements in specific initiatives and entities inclined to being short-lived, difficult to demonstrate or to generalise to broader contexts. At times, the initiatives remain at the level of rhetoric until they are forgotten.  It is said, the war on corruption has produced a mountain of words and hardly a molehill of solid results, with regard to positive change, reform or institutional behaviour.

The failure of these initiatives is ordinarily attributed to shortcomings in the implementation. However, there is overwhelming evidence that the problem is inscribed into the design of these strategies, instead. This is because most initiatives, particularly in developing economies, are implemented with support from donor agencies where the design is based on the knowledge, ideas, skills, technologies and tools originating from the industrialised world. The designs thus contain assumptions about the technology, culture and values of the people and work processes within the environments in which the initiatives are implemented; a situation that creates design-reality gasps and introduces the risk of failure right from the start.

Besides, there is generally a tendency to overlook the complexity, dynamism and pervasiveness of corruption, in most environments, leading to compartmentalisation of both the notion and the strategies for combat. For example, corruption is reduced to a law-enforcement or an unbalanced incentives issue rather than an inclusive subject. Consequently, there is subsequent inappropriate analysis and design of associated anti-corruption initiatives, as deeper causes are disregarded. Precisely, corruption is a global problem that takes different forms and thus requires comprehensive analysis and strategies that are aimed at tackling all the different forms.

Within the global environment, the notion also tends to be narrowly attributed to poverty and hence only strategies for poor and developing countries are considered. For example, authors Anna Persson and others state that Africa is home to the majority of the most thoroughly corrupt countries in the world and has, accordingly, been the major target of the anti-corruption movement. However, literature also shows that some of the world’s costliest forms of corruption are made possible by the involvement of institutions in wealthy nations. These incorporate private sector firms that offer large bribes, financial institutions accepting corrupt proceeds plus lawyers and accountants who facilitate corrupt transactions. In the same context, statistics relating to international financial flows demonstrate evidence of the movement of funds from poor to wealthy countries in manners that primarily undermine development. This signifies the need to reinforce attention and focus on curbing all forms and indications of corruption worldwide, without exception, to guarantee the achievement of global sustainable development.

A major weakness associated with these strategies, in most environments, relates to again disregarding the complexity of the notion and selecting strategies that depend excessively on actions in a limited number of areas. Likewise, programmes for education against corruption target only a limited number of stakeholder groups that are perceived to be most relevant. Such action overlooks a basic reality that there is almost always ready demand and supply for actions of corruption, in any sphere, meaning, there will always be people keen to demand acts of corruption and also those willing to supply the same. In the same context, there are unrealistic expectations of winning the fight within a few months or years when, according to literature, the fight against corruption ought to be pursued on many fronts and takes a time to be won. Stakeholders thus lose confidence and motivation in the initiatives when quick gains are not evident.

Moreover, the relevance of culture in shaping behaviour that impacts on the occurrence or fight against corruption is often not adequately emphasized. In some quarters, intensive efforts to develop a strong culture of high integrity that denounces corruption has been proved to be one of the most effective approaches for the combat. Some scholars contend that corruption begins even before primary schools, starting at home and in the family. Therefore, eradication has to start from home and family and continue to educational institutions, organisations and to society as a whole. Relatedly, author Robert Fulghum <http://www.robertfulghum.com/>, asserts that wisdom relating to integrity is not to be found on the top of the graduate school mountain, but in the sand-pile at elementary school. Furthermore, real transformative efforts to fight corruption demand, at their core, the full participation of all stakeholders, at all stages, signifying that the essence of a pervasive and appropriate culture, to denounce and combat corruption, is essential.

There are reports that successful anti-corruption efforts are often led by “alliances of the concerned” that encompass a wide range of stakeholders, typically anti-corruption units, senior government officials, the private sector, individual citizens, communities, and civil society organisations. These stakeholders, both individually and collectively, start by establishing and strengthening a culture of integrity focused on professional performance standards, high-quality service delivery plus consistent emphasis on fairness and objectivity. This usually denotes the incorporation of seemingly very basic and obvious principles that forbid “cutting corners” and “acting above the law, ” among other forms of undesirable behaviour.

As well, effectively curbing corruption and sustaining a culture of integrity calls for the availability of public monitoring and complaint mechanisms to prevent stakeholders from reverting to corrupt business practices, following successful combat in the short term. This also helps to encourage oversight leading to positive reinforcement of integrity and professionalism while holding accountable those who violate the established societal norms.

In addition, some anti-corruption systems are used over long periods without assessing their continued relevance and effectiveness within changing environments; another form of one-size-fits-all approach that introduces risks into business processes. Continually monitoring and assessing anti-corruption strategies and systems to facilitate timely adaptation to environmental changes, as necessary, can help to guarantee their continued effectiveness.

Undoubtedly, the use of holistic approaches that combine proactive policies of anticipating, detecting, avoiding potential risks of acts of corruption plus addressing weaknesses, to prevent all forms of corruption from occurring, as well as thoroughly and timely investigating allegations of the same can prove to be worthwhile. In the long term, a culture of integrity, which shuns corruption and underscores broad-based participation, high productivity and making a difference can be created and nurtured to help raise the potential for winning and sustaining the fight against corruption.