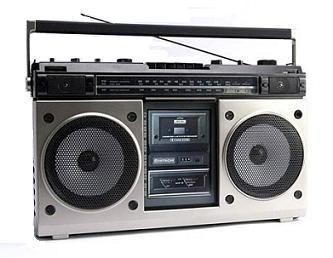 SHANGANI community members in Chikombedzi have accused non-Shangani speaking people of elbowing them out of and hijacking developmental programmes, allegedly with the blessing of government officials.

Raising concerns at a community radio stations sensitization workshop held at Chikombedzi Primary School in Chiredzi South constituency over the weekend, the Shangani expressed displeasure at the amount of time allotted to Shangani programmes on national radios compared to Shona and Ndebele.

Director of the Centre for Cultural Development Initiatives – Gaza Trust, Hebert Phikela, asked the Information permanent secretary Ndavaningi Mangwana, who was also facilitating the meeting why Shangani was given a small slot on radio.

Mangwana said the government’s initiative to issue licences to 10 language-based community radio stations was to correct the wrongs of the country’s former colonial masters who bundled minority languages into generic languages like Shona, Ndebele and Manyika.

“We are trying to correct the imbalance that was created by our former colonial masters. That is why we want you to have your own Shangani radio station,” Mangwana said.

“We have 16 official languages, but during the colonial era the Smith regime grouped minority languages under common languages depending on the area’s geographical position. The Kalangas, Tongas, Nambiyas and others fell under Matebeland even if we all know that they are not Ndebeles.”

However, Phikela felt the imbalances will continue to exist because other Shangani-speaking people are dotted around the country and will not be able to access Shangani frequency broadcasting from Chikombedzi.

On the issue of hijacked programmes, Mangwana said the government has no control over what would have been given to the community except if they were policy matters.
“If as a community you fail to organise yourselves and come up with a radio station run by your own people; where do you think the government should come in? As a ministry we will only intervene on policy matters,” he said.

The Broadcasting Authority of Zimbabwe (BAZ) legal adviser, Joice Kupukai then unpacked the legal requirements to be met before the issuance of a broadcasting licence. Another BAZ official, Thabeth Mazorodze explained to the participants, who included community leaders, village heads and chiefs representatives, what content compliance is all about.

Most parts of Chiredzi border Mozambique and South Africa, and cannot access the Zimbabwe Broadcasting Corporation’s radio and television transmission and rely on stations from either Mozambique or South Africa.