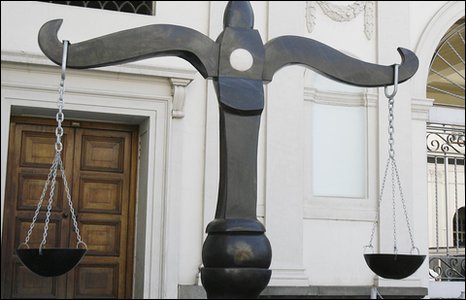 He received his law degree from the University of Warwick in 1974, and another law degree from the University of Zimbabwe in 1982. From 1981 to 1984, he served as a prosecutor in Bulawayo. He started his career as a magistrate in 1984 at Masvingo, rising to regional magistrate in 1990. Malaba was appointed as a judge of the High Court in 1994, serving in that capacity until 2001 when he was elevated to the Supreme Court in August 2001. Malaba later became the country’s first Deputy Chief Justice in 2008. The esteemed CJ has also held an appointment as a judge of the Comesa Court of Justice.

In a 2013 case in which Jealousy Mawarire sued former president Robert Mugabe compelling him to set the date for the election. The majority ruled in favour of Mawarire’s application, which ensured that elections were held by July 31, 2013. Malaba was one of the only two dissenters together with Justice Bharatkumar Patel.

After Mike Campbell and a group of white farmers had taken their case to the Sadc Tribunal and won in the case Mike Campbell (Pvt) Ltd et al. vs. Republic of Zimbabwe, they sought to enforce the orders in Zimbabwe. The Sadc Tribunal had ruled that the land reform process was unlawful and a violation of the rule of law. Writing for the Supreme Court in the case, Malaba dismissed the farmers’ application, holding that the Sadc Tribunal had no jurisdiction over the matter and that the Supreme Court was not obliged to comply with or enforce the orders of the Tribunal.

Malaba also wrote the judgment in the case where Zimbabweans were challenging ZBC’s powers to levy the licence fee. He ruled that ZBC’s powers were not unlawful.

Malaba ruled that this was improper and unconstitutional.

Elizabeth Gwaunza was born in 1953.

Gwaunza was admitted as a legal practitioner of the High Court of Zimbabwe in 1987. She co-founded and was the national coordinator of the Women and Law in Southern Africa Research Project between 1989 and 1995.

She was the first director, Legal Affairs in the ministry of Community Development and Women’s Affairs and also worked as a director of Legal Aid in the ministry of Justice. Gwaunza served on the boards of many women’s non-governmental organisations.

Gwaunza was appointed as a Judge of the High Court in August 1998.

Makarau attended Donnybrooke Primary School in Mabvuku for her primary education before proceeding to Goromonzi High School. In 1982, Makarau attained the Bachelor of
Laws degree from the University of Zimbabwe before graduating with an Honours Degree in 1983.

Between 1983 and 1984, Makarau worked as a public prosecutor at the Harare Magistrates’ Courts before going into private practice.

Makarau had her first case at the age of 24. From 1988 to 1989 Makarau was the Secretary of Legal Affairs at the Parastatal Commission. From 1998 to 2000 she served in the Constitutional Commission before she was appointed High Court Judge in December 2000. In 2006, she became the first woman to hold the position of Judge President.
In May 2010, she was appointed a Supreme Court Judge.

In 2013, the principals of the Government of National Unity chose her to be the chairperson of the Zimbabwe Electoral Commission (Zec).

However, her position as the Zec chairperson made her very unpopular — particularly with the then Morgan Tsvangirai-led MDC — who accused them of being biased towards Mugabe’s Zanu PF and failing to stop vote-rigging.

Makarau resigned as the chairperson of Zec in December 2017 with no reasons being given for her resignation later also resigning as the acting secretary of the Judicial Services Commission (JSC) in February 2018.

Garwe registered as a legal practitioner on May 10, 1979. His career in the judiciary started in the colonial era, as a young assistant magistrate in 1978. Garwe later on worked as a clerk of court and prosecutor before being appointed magistrate in February 1980. Garwe later rose through the ranks of the judicial system, and became a regional magistrate when he was just 26 years of age in 1984. He became the chief magistrate at 31 in 1989. Garwe was appointed to the position of Permanent Secretary for the ministry of Justice, Legal and Parliamentary Affairs in 1991 after which he was appointed as a judge of the High Court in 1993 at the age of 35. He was made Judge President of the High Court of Zimbabwe in 2001.

When he was a magistrate, back in the 1980s he presided over the trial of the late PF Zapu MP Sydney Malunga who was accused of trying to overthrow the government and supporting dissidents. Malunga was acquitted. In his judgment.

In 2003, Garwe presided over the trial of Morgan Tsvangirai, the leader of the MDC, who was accused of treason. Justice Garwe discharged Tsvangirai’s co-accused, Welshman Ncube and Renson Gasela, leaving Tsvangirai to face trial alone. In the end, Garwe acquitted Tsvangirai in October 2004.

When war veterans and others started invading and occupying white-owned commercial farms in 2000, there was a flurry of legal applications to stop the activities. In one such case came before Garwe at the High Court, he ruled in favour of the farmers, declaring that the land occupations were illegal and should be stopped. The Supreme Court, then headed by Chief Justice Anthony Gubbay, upheld the ruling in December 2000.

In 1995, Garwe protested when he was named as having presided over an alleged secret wedding between former president Robert Mugabe and Grace Mugabe. Garwe and Enos Chikowore, who was a Cabinet minister who had also been named as a witness at the alleged secret wedding instigated criminal defamation charges against the newspaper’s owner and the journalists who wrote the story.

On September 6, 2016, Bhunu passed judgment after five years on MDC supporters who were convicted of killing a police officer. Yvonne Musarurwa, Tungamirai Madzokere, and Last Maengahama were sentenced to 20 years in jail each while Phineas Nhatarikwa was given a three-year wholly suspended sentence and a fine of $500. Musarurwa, 29, Madzokere aged, 41, and Maengahama aged, 40, were found guilty of murder with actual intent of Petros Mutedzi, a Zimbabwe Republic Police inspector. Phineas Nhatarikwa aged 50 was convicted for being an accessory to the crime.

Patel was born April 16, 1952 in Salisbury, Rhodesia (now Harare, Zimbabwe)), and did his primary education at Louis Mountbatten School before proceeding for secondary education at Peterhouse Boys’ School and St. Georges College. He completed his legal training at the University of Rhodesia in 1975 and departed for England where he qualified as a barrister at Inner Temple and obtained his Masters degree in law with University College London.

Patel began his working career in 1978 in the London para-legal sector, with the Greater London Citizens Advice Bureaux Service, focusing on civil rights, employment, and social welfare law. In 1982, he returned to Zimbabwe and joined government service as legal counsel performing advisory and representative duties in matters of public law and International law. From 1993 he headed the Division of Legal Advice in the Attorney-General’s Office until he was appointed to the position of Deputy Attorney-General in August 2000. In April 2003, he assumed the post of Acting Attorney-General.

In December 2004, he was appointed to the Bench, in the High Court, and assumed judicial duties in January 2005. From December 2007 to December 2008 he was temporarily re-appointed to the post of Acting Attorney-General, following the suspension and removal from office of the previous incumbent, Sobuza Gula-Ndebele.

Justice Hlatshwayo was part of the Supreme Court bench that ruled in favour of Masvingo’s first black mayor Thomas Zawaira’s 10 children born out of wedlock giving them right to inheritance. Zawaira died in 2003. After his death, his estate was shared between his wife Felistas and her six children.

The Supreme Court reversed the High Court decision, arguing all the children are entitled to an inheritance, in the same way, they are entitled to maintenance. The court also said that spouses of cheating partners can sue for adultery.

Justice Tendai Uchena was appointed President of the Administrative Court in 1998. In 2003, he was appointed as a High Court judge. He was promoted to the Supreme Court and to the Constitutional Court in September 2016.

In February 2018, Justice Uchena was appointed as head of the Commission of Inquiry of Sale Of State Land. The Commission was created to look into the sale of State land in and around urban areas since the year 2005. It was given 12 months from the day of the appointment to conclude its task.

She is one of the latest additions to the Con-Court Bench as one of only two appointees of President Emmerson Mnangagwa to the Con-Court since he took over power last year. Justice Makoni has 14 years’ experience on the High Court bench as the head of the Civil Division.