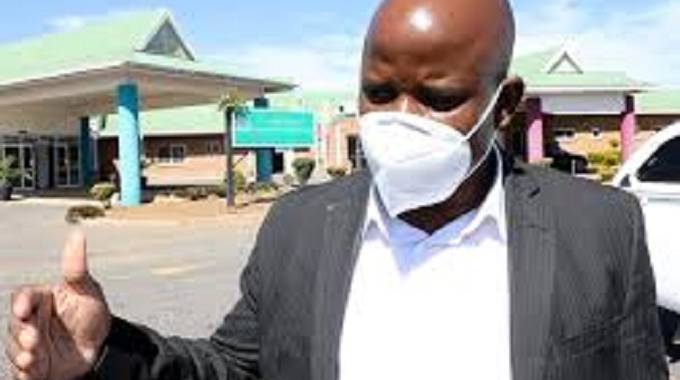 Vusumuzi Dube, Senior Reporter
OVER a year after Government declared the start of rehabilitation works to turn Bulawayo’s Ekusileni and Thorngrove hospitals into Covid-19 isolation centres, the two institutions have failed to officially reopen.

At the 200-bed Ekusileni Hospital which was scheduled to open in March, the Government has now indicated that the hospital will only be able to open as a 15-bed facility and gradually increase as rehabilitation works continue.

Ekusileni Hospital acting chief executive officer Dr Absalom Dube in an interview said Government was working on a few touch ups to pave way for the reopening of the facility. He however, could not provide a date for the opening of the hospital.

“Yes, we had initially wanted to open the full capacity of 200 beds but have since gone down to 15 general beds capacity. This is not to downgrade the capacity of the hospital but if we are to start operating, we have to start small and increase capacity on a sliding scale. We are working with treasury to ensure that the pending works are complete but most of it is now just above 80 percent complete,” said Dr Dube.

A visit to the hospital revealed that already nurses have been recruited although they spend the whole day milling around the hospital. The Government last year seconded nurses to the hospital to help spearhead the prospects of reopening.

President Mnangagwa was in Bulawayo on 14 May where he opened the first free orthopaedic hospital, Cure Children’s Hospital and a Covid-19 designated treatment and isolation centre at the United Bulawayo Hospitals (UBH) in the city.

In March, Dr Dube said plans were underway to see the eventual reopening of the hospital by end of that month. Dr Dube was quoted as saying the main challenge was getting the necessary funding to turn the hospital into a Covid-19 centre but noted that most of the pending works were over 80 percent complete.

At Ekusileni, the Government tasked non-state players- under the banner of IAM4BYO-Fighting Covid-19 initiative- with the role of leading the gathering of resources to open the institution. At Thorngrove Hospital, the Bulawayo City Council has constantly revealed that all was in place for the isolation wing to start operating but has also not been forthcoming when exactly the facility will officially open to actively take in Covid-19 cases.

“While Thorngrove Hospital is a dedicated infectious disease hospital, its isolation ward was not in an ideal state as per the World Health Organisation (WHO) standards to deal with Covid-19 patients. There was thus need to refurbish the ward to ensure specialised care, partition the ward, and extend the ward to create the disinfection rooms, change rooms among other activities as part of infection control.”

She added: “The most important aspects of the renovations were the installation of piped oxygen and ventilators.

The isolation ward is now a state-of-the-art ward for Covid-19 patients, with at least 28 piped oxygen points. We have a changed isolation ward which also has a labour ward, donning and doffing areas for staff to ensure that the members of staff are protected as they work on saving the lives of patients.”

Mrs Mpofu said that some of the rehabilitation works that have taken place include the completion of ambulance wash bay, construction of disinfection septic tank, construction of wheel and foot bath at the main entrance gate, extension of the drug store, all internal service roads within the facility have been resurfaced with tar, a new entrance and gate created, a walkway leading to staff rest rooms, installation of ventilators and gas installation for the isolation ward.

A Sunday News crew visited the hospital last Thursday where they found a few construction workers putting touch ups at the isolation wing.

“Everything is in place, we have started taking in a few mild cases,” said a nurse at the facility who declined to be named for professional reasons. “We are just awaiting a green light from the Ministry of Health and Child Care to start operating at full capacity.”

“Those two hospitals are integral to the city’s health delivery sector especially when focusing on the fight against the Covid-19 pandemic,” said Mr Ndlovu.

Ekusileni hospital, a brainchild of late Vice-President Dr Joshua Nkomo, has experienced a number of false starts and numerous efforts to re-open the institution whose building is owned by the National Social Security Company (Nssa have failed. The hospital was opened in 2001 and closed in 2004 because it had outdated equipment. Last year in April, there was hope that the institution would be re-opened after the Government identified the centre as one of the institutions that was earmarked to house cases of the Covid-19 in the city.

-This article was published with support from the Voluntary Media Council of Zimbabwe’s Covid-19 Investigative Journalism Fund.