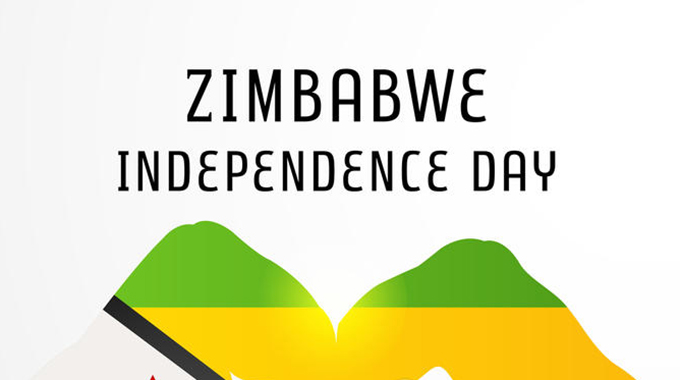 Trevor Shiri Correspondent
Social media has provided a refreshing reminder that Zimbabweans, particularly netizens, are capable of engaging in real issues that affect our being as Zimbabweans.

A local elite school steered a hornet’s nest on Twitter after it posted pictures that netizens felt had heavy overtones of racism embedded in them.

The touchy subject of racism, which the pictures — advertently or inadvertently —exude comes at a time that Zimbabwe is set to hold its 39th Independence celebrations on 18 April 2019 under the theme, “Zim@39 Embracing Devolution for Vision 2030”.

But what is racism? Racism is defined as “prejudice, discrimination, or antagonism directed against someone of a different race based on the belief that one’s own race is superior.”

A semiotic analysis of the picture fits perfectly into the colonial and neo-colonial stereotype that blacks are uncivilised, savage, war-mongers and junglemen (students carrying spears and shields), while the white boy is presented as sophisticated, enlightened and focussed (white student reading a book in a jungle).

There is everything wrong with this unfortunate depiction of race relations. Even if the racist picture was posted or taken by a black man, a Chinese or an Indian, it has racial overtones.

What it means is racism has evolved to include racist thinking and behaviour by people of the same race. It is the result of institutionalised racism. It is assimilation.

There are black people behaving like white people, and vice versa, which explains why some black people even defended this racist depiction. Zimbabwe is a multi-racial, multi-ethnic society that treats them as equals and we are proud of this constitutionalised value.

To fully understand the discussion at hand, one may need a basic understanding of semiotics. Semiotics or semiology is the study of signs, symbols, and signification.

It is the study of how meaning is created, not what it is.

I will not bother you dear readers with the intricacies of this fascinating subject of semiotics, which critical scholars, particularly in the media field, dissect to understand how representations in cultural products are embedded with implicit meanings.

What is important is that signs and symbolism are key components at arriving at meaning.

Generally speaking, media products, pictures included, are polysemous in nature —they are open to multiple interpretations.

One of the Godfathers of cultural studies, Stuart Hall in his seminal essay, “Encoding and Decoding,” aptly captured how audiences engage with texts to “produce” meaning.

According to him, and of course the whole gamut of cultural theorists, audiences engage with texts from a particular socio-political-economic context. They will either read the dominant meaning (the intended meaning by the encoder, in this case the school in question), or negotiated reading (a partial acceptance of the intended meaning, while rejecting other aspects), or lastly, oppositional reading (total rejection of the intended meaning).

Zimbabweans generally come from a context of bondage, where our fathers and mothers, grandparents, brothers and sisters were maimed, tortured and killed by a repressive colonial system that venerated white supremacy and denigrated black people. Zimbabwe celebrates Independence as a reminder of how we vanquished white supremacism, and Heroes Day to commemorate those who died liberating us from colonial bondage. It is who we are.

This is why Zimbabweans responded with revulsion to this racist depiction.

There was predominantly oppositional reading by netizens, who did not read the message, encouraging reading from anywhere as the school claimed, but rather caught onto the apparent racist stereotype, which views blacks as backward and uncivilised, while whites are seen as civilised and willing to learn.

The debate on social media was typically one-sided, with most netizens from across the political divide agreeing that the picture from the school was racist, serve for one activist, who comes from a privileged background and attended former Group A schools, who staunchly defended the apparent racism inherent in the text.

It is instructive that the mainstream newspapers “ignored” this touchy subject of race and race relations at a time Zimbabwe is in Independence month. As Zimbabwe celebrates 39 years of Independence, what is it that we are really celebrating as Zimbabweans?

It is common cause that colonialism, and indeed the apartheid system in South Africa, were both systems that were aimed at entrenching white supremacy over black people.

The socialisation structure they created through agents of socialisation such as the school and church cannot be underestimated. One of the eminent media scholars and critical theorists, Louis Althusser, talked about Ideological State Apparatuses (ISAS) such as religion and schools, as well as Repressive State Apparatuses (RSAS), which are both used in equal measure to ensure the ruling elite’s hegemony. The colonial system in Zimbabwe used the church and the school for this purpose.

The school structure was stratified to have Group A (whites) and Group B (others). The material learnt in Group A was aimed at entrenching white cultural hegemony and dominance over black people, while the other groups’ curriculum was aimed inculcating white values and derision for everything black.

Government commendably dismantled this stratification in post-independent Zimbabwe. It went further to include the study of local history as opposed to the curriculum that venerated European and American history.

Government even introduced National Strategic Studies at tertiary colleges, and the National Pledge to inculcate a sense of patriotism.

But as we celebrate the 39th Independence, have we as a country done enough?

In my humble opinion, no, we are not yet there in this regard.

The racist stereotypical picture from Peterhouse is a jolting reminder that we are still to get there.

It reminds me of Walter Rodney’s book, “Decolonising the Mind,” itself a fountain of wisdom on the need to unshackle the black man’s mind from the chains of mental colonisalism.

Most elite schools in Zimbabwe (read Group A standard schools) are now headed by and led by School Development Associations (SDAs), who are predominantly indigenous Zimbabweans.

However, what is striking is that, they still institutionalise white supremacism in the school, both in terms of language and etiquette.

Make no mistake, our children must learn English since its lingua franca.

However, most of these schools, if not all, sing our National Anthem in English only, not Shona, not Ndebele, not Tonga.

They repeat the Lord’s Prayer ad nauseam at Assembly, and in classes, only in English.

They sing hymns at assembly only in English. The recite the National Pledge only in English, but Zimbabwe has 16 official languages enshrined in the Constitution.

Most Early Childhood Development (ECD) schools and crèches when advertising say that English is the only mode of tutelage and instruction.

Why is there revulsion by these schools of indigenous languages? What is in a language?

It is a rallying call to the Ministry of Primary and Secondary Education, to the responsible minister, Professor Paul Mavhima, to bring in the necessary cultural grounding in our children to ensure that our culture is not eroded, and continues to be obliterated subtly through institutionalised neo-colonialism.

Even us as parents, there is need to instil our values in our children and not leave the upbringing of our children in the hands of schools with entrenched neo-colonial views. More needs to be done.

We are in the 21st Century. We are in independent Zimbabwe. We vanquished white supremacy in 1980.

Surely there is no way that 39 years after Independence, Zimbabwe tolerates this kind of racist behaviour. It is time to introspect.