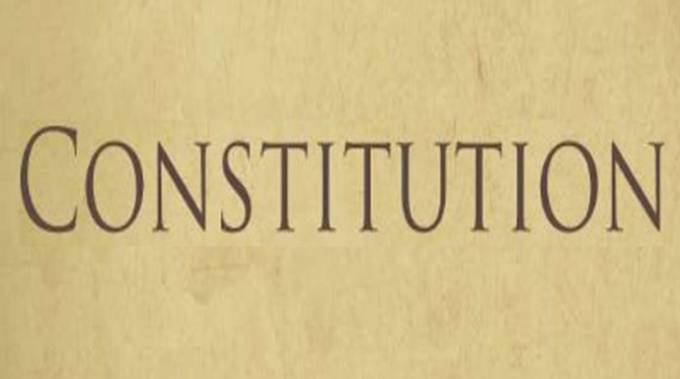 The first Constitutional Amendment Bill under the new Constitution sailed through Senate when submitted for a second time with legislators from across the political divide overwhelmingly supporting its passage in a show of unity that has rarely characterised the chamber.

The Bill seeks to give the President powers to appoint the Chief Justice, the Deputy Chief Justice and the Judge President. During voting, at least 70 Senators voted for its passage while only one voted against.

The Bill was initially passed in August 2017, but the Constitutional Court nullified the process leading to its passage saying the procedure was not in conformity with provisions of the Constitution, specifically on how the two-thirds majority required was calculated.

It directed that Senate restart the process and gave the Senate the guidelines within which to pass it. Senators from both Zanu PF and MDC-T and traditional leaders led by Chiefs Council president Fortune Charumbira yesterday supported its passage in a show of unity.

Justice, Legal and Parliamentary Affairs Minister Ziyambi Ziyambi gave the background surrounding the Bill and why Senators were asked to vote again given that it once sailed through in 2017.

He explained that the Constitutional Court, though it nullified the procedure leading to its passage, gave Senators a reprieve within which to pass it.

After his address, Senators took turns on the floor where they said they were in support of the Bill, in stark contrast to what happened in 2017 when MDC-T Senators opposed its passage. The Senators all spoke of importance of unity.

The Bill was eventually subjected to a formal recorded vote as required by the Constitution.

A Constitutional Bill must have two thirds of the total membership of the Houses. The House of Assembly vote still stand, so it was just the Senate vote that had to be repeated to make sure the two-thirds total was reached.

“I therefore declare that the final votes of the Constitution of Zimbabwe Amendment Bill (Number 1) to have been in accordance with Section 328 of the Constitution,” said Cde Chinomona before directing that it be read for the third time. After it was read for the third time by Clerk of Parliament, Mr Kennedy Chokuda, Senators from both the political broke into song and dance.

Those that were present included Manicaland Senator and Information, Publicity and Broadcasting Services Minister Monica Mutsvangwa.

Minister Ziyambi thanked Senators saying they had shown maturity in the way they had conducted themselves.

Chief Justice Luke Malaba ruled that the declaration of invalidity had effect from the date of the order, but was suspended for a period of 180 days, when the process was expected to be recommenced.