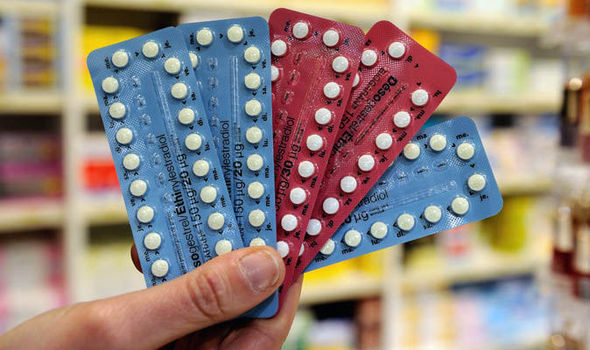 HARARE – For the average Zimbabwean, birth control pills are lifestyle drugs while condoms are one of those accessories many would put into the shopping basket without considering the cost.

Well, that was before commodity prices skyrocketed due to limited foreign currency coupled with the introduction of a two percent tax per dollar transacted electronically.

Contraceptive pills in the case of the morning after tablet which were retailing at between $3 to $5 last month, have climbed to $20.

One packet of Durex condom now retails at $12 from below $3 a month ago while the less popular Protector Plus, which was less than $0,20 now costs a $1.

The lowest paid Zimbabwe government employee remains at a monthly salary of around $300.

At current prices, they would need to part with two days’ work to be able to purchase morning after pills from the few pharmacies that have remained opened.

Community Working Group on Health (CWGH) director Itai Rusike said the effects of market instability were proving to have a big impact on unplanned pregnancies as well as sexually transmitted diseases.

“Zimbabwe is among the highest HIV prevalent nations in the region but major gains have been achieved over the last few years due to a number of factors including prevention methods such as condom use, treatment and care. The policies, institutions and programmes are in place to respond to these — prevention, treatment and care needs,” Rusike said.

He said the recent price increases may reverse some of the gains achieved in family planning programmes and the HIV and Aids response as the sharp price hikes create barriers to promote uptake in vulnerable or marginalised groups.

“It has been further noted with concern that there are some health institutions that are refusing to accept medical cards and have hiked their fees. These institutions are encouraged to accept medical aid payments, not to hike their fee and not to respect parallel market transactions. Failure to comply with this, the minister has been directed to take drastic measures,” said the CWGH director.

Nehemiah Aids Relief Project director Shepherd Nyambayo believes the rise in cost of living in the last two weeks coupled with the shortage of medicines pose a major threat in the fight against HIV/Aids.

“The current economic situation has eroded the safety net of many families. Many young women are now resorting to sex work as a means of earning a living. And because of the competition in the streets they cannot even bargain for safe sex therefore they offer unprotected sex to the highest bidder,” he said.

National Aids Council communications director Medelina Dube said there are 1, 1 million people on HIV/Aids treatment and 40 000 people are patients who go and seek consultation from the private doctors.

Dube urged health stakeholders to put hands on the deck to ensure no one is left behind.

Recently, Vice President Kembo Mohadi acknowledged the wider problems facing the procurement of pharmaceutical drugs and the impact it was having on ordinary Zimbabweans.

“Government is concerned with the challenges confronting the pharmaceutical sector, where prices for drugs are rising sharply while in some instances, patients are being forced to pay for drugs in hard currency.

“Steps are being taken to ensure the availability of foreign currency to the sector. Government is in discussions with pharmaceutical companies on an appropriate solution to the situation, bearing in mind the need to safeguard the good health of the citizens,” Mohadi said after government’s weekly Cabinet meeting on Monday evening.

In a statement on Friday, Health and Child Care ministry, said government was committed to resourcing the industry and the Reserve Bank of Zimbabwe has, in response, released an initial $6, 7 million to the pharmaceutical industry with another tranche promised to have been released on October 12.

The ministry said government was working around the clock to plug the gaps in service provision in the health sector, urging Zimbabweans not to purchase medicines and contraception on the black market.

The Pharmaceutical Society of Zimbabwe has said foreign currency allocations have dropped in the last months.

As of October 10, Zimbabwe’s pharmacies required $29 million against the $6,7 million provided for  by the government.