Gwanda magistrate, Ndumiso Khumalo, who was battered by police in April following his arrest over suspected robbery, has lodged a complaint for the violation of his rights 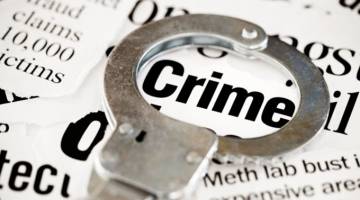 Khumalo filed his complaint on May 29 at Hillside Police Station after he was assaulted on April 21 at 9pm in Waterford, Bulawayo.

In his letter, Khumalo stated that he was a magistrate at Gwanda (Criminal) Magistrates Court.

“It was on April 21, 2020 at 9pm, and I was walking home with a friend (neighbour) after visiting him where we had spent the evening indoors from around 6pm and two vehicles stopped on the main road. The occupants of the vehicles disembarked. The first vehicle to stop was a Honda Fit carrying approximately 10 men armed with knobkerries and police batons,” Khumalo wrote.

“The second vehicle was a kombi being driven by a tall, dark and big uniformed member of the Zimbabwe Republic Police (ZRP). The kombi had two other uniformed police officers, but the one I saw clearly was the driver. On disembarking from their vehicles, the part of men, armed with the weapons, started to assault me and my friend accusing us of hitting one of them with a brick and taking his bicycle in a nearby bush earlier that evening.”

Khumalo stated that the police officers asked them where the bicycle and a satchel (suspected to be stolen) were.

“The mob of armed men assaulted me severely on both sides of my pelvis using batons, knobkerries and did not stop until I was unable to feel my legs or stand. During the attack I ran and tried to beg the driver to intervene but he pushed me back to the armed men,” Khumalo wrote.

“I became half-conscious on the side of the main road after being assaulted by the mob and the police officer (driver) violently handcuffed me to his friend’s left hand. I was extremely in pain and could not feel my legs. The officers demanded that we get into the kombi saying we were under arrest as suspects for robbery.”

Khumalo said they were driven to Hillside Police Station where they were charged with robbery and detained.

The following morning Khumalo realised that they were victims of mistaken identity as the three robbery suspects were already in custody.

“The three young men confessed to beating and robbing a man of his bicycle,” Khumalo wrote.

After demanding to be released, Khumalo and his friend were charged with loitering during lockdown and ordered to pay $500 fine each. Khumalo showed the officers the wounds on his pelvis and convinced them that he required medical attention.

“An ambulance arrived and I was carried by officers into the vehicle, given back my shoes, cellphone and a piece of paper instructing the hospital to treat me,” Khumalo wrote, adding that he was treated at United Bulawayo Hospitals and released the following day, but his friend remained in custody.

Constable Rambi of Hillside Police Station called and asked Khumalo to bring a medical affidavit to the station so that he could lay assault charges against the officers who had battered him, but he could not because he was still receiving medical treatment.

Khumalo later discovered that his friend had been given handwritten summons to appear in court on a charge of robbery.

“To date I still cannot walk without feeling extreme pain, needless to say that I am still confused as to how this unfortunate incident befell me in my neighbourhood, near my house and near a police station,” Khumalo wrote.

The medical affidavit compiled by a doctor at the United Bulawayo Hospitals stated that Khumalo’s injuries were serious, permanent disability was likely to occur and that the examination showed that there was potential loss of life due to intracranial and internal bleeding.

The police are yet to respond to the letter.