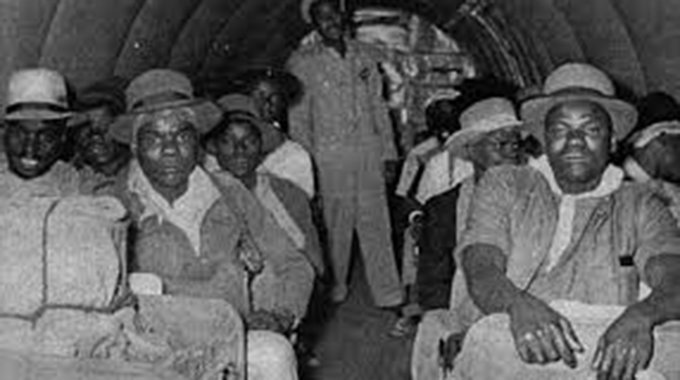 Lincoln Towindo
Thousands of Zimbabweans who worked in South African gold mines during the 1960s may have to wait longer to receive their compensation for respiratory diseases contracted while working in the mines after medical experts recommended that a key test required to ascertain their eligibility for the gratuities be discontinued.

Tshiamiso Trust, which is responsible for implementing terms of the historic R5 billion (US$300 million) class action settlement agreement reached between six mining companies and claimant attorneys, was recently advised that lung function tests should be stopped as they could abet the spread of Covid-19.

They also involve blowing into a mouthpiece attached to a machine called a spirometer.

Test subjects are required to place their lips tightly around a mouthpiece and breathe in and out, but experts fear this could help spread Covid-19.

“What is happening is that we were supposed to be taking people for Benefit Medical Examination (BME) at the Occupational Health Service Centre (OHSC) in Kadoma at least once a week but then we had Covid-19, which has forced us to suspend the tests,” said Mr Mkwananzi.

“It has affected what we were doing but we remain hopeful that things could start moving soon because a lot is being done to make sure that we expedite the whole process.”

However, details of claimants who had undergone all the requisite tests before the suspension are being transmitted to Tshiamiso Trust to enable them to receive their claims.

“We had a meeting a few weeks ago with sister associations from across the region and the Trust, and we believe that after the meeting, now we should start seeing things moving.

“We are sending in details through e-mail and doing follow-ups for all the claims we would have sent.

Tshiamiso Trust held a video conference with claimant associations recently where they announced the setting up of a virtual claims management platform to facilitate disbursement of claims.

Minutes from the meeting seen by The Sunday Mail show that a pilot of the platform went live last month.

“This system will enable the Trust to have a more efficient, streamlined and paperless system which the Trustees believe will better serve claimants.

“This work is underway and will initially be implemented at specific sites in selected locations as part of a pilot to test the Trust’s claims lodgement and medical assessment process to ensure that it serves the needs of claimants and the Trust.”

The meeting was told that the first batch of payment would be released in July.

“The Trustees are, however, working to identify eligible claimants whose claims can already be processed and paid with the first payments expected in July 2020.

“The Trust database will be used to track and trace potential claimants and to help determine who is eligible to claim from the Tshiamiso Trust.

“It will allow potential claimants to self-check (which can be done via the Trust’s website or by sending an SMS to designated numbers), if they meet all the criteria to be potentially eligible to lodge a claim for compensation with the TshiamisoTrust.

“The database is not complete and the Trustees continue with efforts to enrich it.”

However, as a result of poor ventilation in the mines, many of them contracted respiratory diseases such as tuberculosis and silicosis.

Also the migrant workers were not paid their employment benefits accrued at the mines during their years of service. More than 8 000 Zimbabweans have registered for the pay-outs.