Coronavirus has negative impact on SDGs 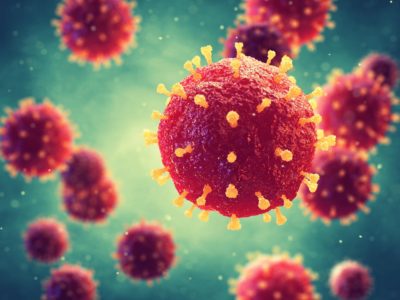 WHEN the 193 United Nations member States pledged to support the 17 Sustainable Development Goals (SDGs) in September 2015, alongside 169 targets, the world came up with clear benchmarks building on the now-defunct Millennium Development Goals (MDGs). Developing countries were to realise tangible benefits in the areas of poverty eradication and zero hunger (quite ambitious though), including guaranteeing prosperity and protecting the planet, among others. Developing countries, in particular, have most of these SDGs directly impacting on them more than developed countries but now gains realised so far risk being eroded by the emergence of COVID-19.

Building global partnerships for sustainable development, based on a spirit of global solidarity, focusing on the needs of the poorest and the most vulnerable, in which all countries would participate, no one was going to be left behind and this became the motto. In this regard, the member countries agreed to review the set bench marks periodically. First, the set targets focused on 2015 to 2030, which became to be known as Agenda 2030 but witnessing the acceleration of time towards 2030, member States are now talking of Agenda 2050 to 2060. These are complexities associated with realising dreams, especially loud dreams, although people will never stop dreaming though.

Although all the 17 goals cannot be treated individually and in isolation, independent from one another, they are very integrative and have very strong working relationships. If one goal is affected, this would affect the outcome of other goals. This is the case with SDG3 (Good health and well-being) where COVID-19 is the main agent but its emergence has since turned everything upside down. The fundamental issue of health is in the public domain, our health is central to our livelihoods. SDG3 makes sure that everyone has health coverage, access to safe and effective medicines and vaccines, especially these times of COVID-19. This also means that the available means to make good health more than just a wish have been affected. In this regard, all the progress and targets that were beginning to bear fruit are severely threatened with erosion or they are at a standstill. For this reason, soon after the coronavirus easing and allowing people to move out, a major review might be in the offing although it’s not clear which agenda they are going to come up with.

The main problem with the COVID-19 pandemic is that it started hitting hard where the necessary assistance and funding should normally come from. It is from the western nations where major donors and other multilateral lending institutions are. This is due to their strong economies and resource bases, complemented by a long history of donating and lending. Right now these western countries are preoccupied with what COVID-19 has done to their livelihoods. This means that the conveyor belt is currently stationary except for emergence cases that the World Health Organisation (WHO) has to deal directly with. In this regard, climate change under SDG 13 (Climate action) may be the biggest loser. The idea of taking urgent action to combat climate change has been significantly slowed down or it’s rather at a standstill.

In this regard, the COVID-19 issue became a new learning curve with regard to human preparedness, in relation to climate action strategies which affect all aspects of human survival. Every country in the world is witnessing drastic effects of climate change, through tropical cyclones, flooding, activities that increase greenhouse gas emissions, famine and hunger, just to mention a few.

In this regard, developing countries need to work hard on the land and promote sustainable paths to self-reliance in order to manage hunger and food insecurity. According to the paper titled, For Lack of Will, Child Hunger in Africa, over 50% of children in Africa continue to die of hunger-related ailments while about 257 million Africans are facing starvation. In this view, COVID-19 has accelerated issues of starvation due to lockdown activities in already vulnerable African countries. In this regard, COVID-19 is not the cause of starvation in African countries but it has compounded an already bad situation in these countries. Even if most of the citizens of African countries were to be released into the streets today, they will still be vulnerable to hunger and starvation because they have mastered the unsustainable art of surviving from hand to mouth.

Climate change impacts affect SDGs 1(No Poverty), 2 (Zero Hunger), 3 (Good Health and Well-being), 4 (Quality Education), 5 (Gender Equality), 7 (Affordable Clean Energy), 8 (Decent Work and Economic Growth), just to mention a few. All these listed goals and others that have not been mentioned, have been affected by COVID-19. In this regard, human beings find themselves in a very difficult position, where there are supposed to fight both climate change and COVID-19 at the same time. As a result of these two scourges, an ecological Armageddon is in the making and a humanitarian disaster is already in underway.

SDG 4 (Quality Education) has also been severely affected by COVID-19 more than anything else.

For the first time in the whole world, meaningful learning has since been stopped. This is due to the critical component of observing social distance. With many classes, with the teacher-pupil ratio of one teacher to 60 or 70 pupils, not mentioning universities mass-lectures of between 100 to 200 students if not more, which would appear as if they are rallies, surely the sooner this was stopped the better. Unfortunately, it is in the education sector where lies and misinformation have been sharpened, overnight across the globe. While many educational institutions have shifted focus to both online distance learning and online distance e-learning it is the quality of the delivery system which has been severely compromised.

 Peter Makwanya is a climate change communicator. He writes in his personal capacity and can be contacted on: petrovmoyt@gmail.com

The post Coronavirus has negative impact on SDGs appeared first on NewsDay Zimbabwe.