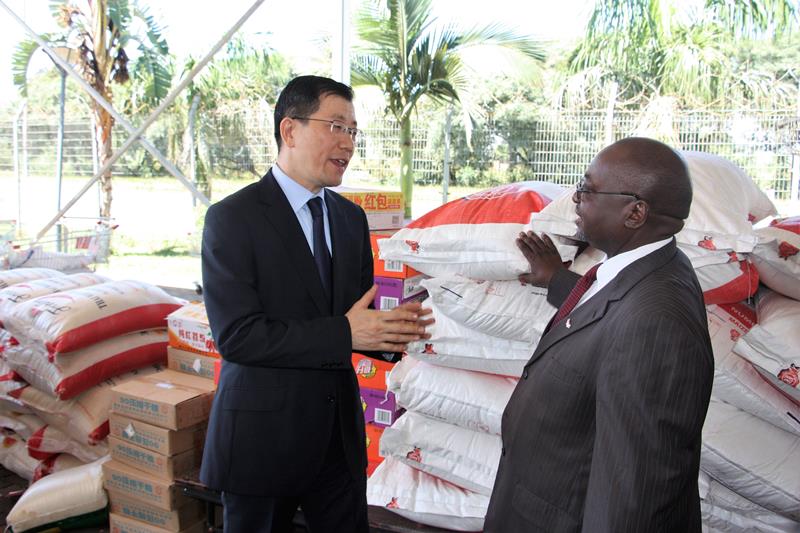 The corporate and diplomatic response to Cyclone Idai has been strong and swift and is on track to surpass all previous relief efforts.

Corporations and diplomats have donated millions in cash, and more millions in products and services, and corporate relief efforts are on track to dwarf or exceed the $50 million put up by President Emmerson Mnangagwa’s government.

Embassies in Harare have largely made cash donations.
The companies’ contributions to Cyclone Idai are in addition to regular corporate philanthropy efforts and social responsibility programmes, and the companies do not plan to reduce any of their ongoing commitments as a result of the outlay for Idai relief.
Company employees have also given clothing items and utensils to villagers displaced by the disaster.

“Vulnerable groups such as children, women who are pregnant or breastfeeding, people with disabilities, and those affected by chronic illnesses will be prioritised,” said Lowcock.

The US Embassy in Harare twitted: “The US Embassy is contributing an initial US$100 000 through @USAID to bring relief to victims of #Cycloneidai in Zim. Working with civil society partners to provide safe water, hygiene and sanitation svcs, & shelter to Zimbabweans in need.” Former US president Barrack Obama solicited for emergency funds to help victims of Cyclone Idai, imploring his followers to help by donating to humanitarian organisations currently working in Mozambique, Malawi, and Zimbabwe.

The European Commission announced an initial emergency aid package of €3,5 million (approx. US$3,97 million) to help those affected.

The New Chinese ambassador to Zimbabwe Guo Shaochun yesterday sent a truck carrying relief aid materials worth US$50 000 to the eastern highlands to provide further assistance. Prior to this, the Chinese community in Zimbabwe had gone to Mutare and handed over the relief aid they put together to the ministry of Defence and the ministry of Agriculture worth US$200 000.

Along with the coffins, EcoSure also gave six tents with a combined capacity to shelter 3 000 people. The company, which earlier this week announced a $5 million donation towards the relief effort, said most of the tents were sheltering supplies at Silverstream relief camp in cyclone-hit Chimanimani.

Diversified financial services powerhouse, FBC Holdings, donated 20 tonnes of groceries worth more than RTGS$60 000 for assisting people affected by Cyclone Idai as part of the group’s corporate social responsibility initiatives and a call to assist victims during this time of a national disaster.

It has also pledged to construct classroom blocks and finance the education of children who lost their parents and guardians due to the tropical cyclone.

South Africa’s Standard Bank’s Zimbabwe unit Stanbic also joined the list of well-wishers for Cyclone Idai victims in Chimanimani by purchasing an assortment of goods worth RTGS $ 200 000.
Another RTGS$50 000 has been set aside for other items once other critical needs are established as rescuers continue to access the epicentre of the disaster, which only started yesterday after some roads where cleared of debri.