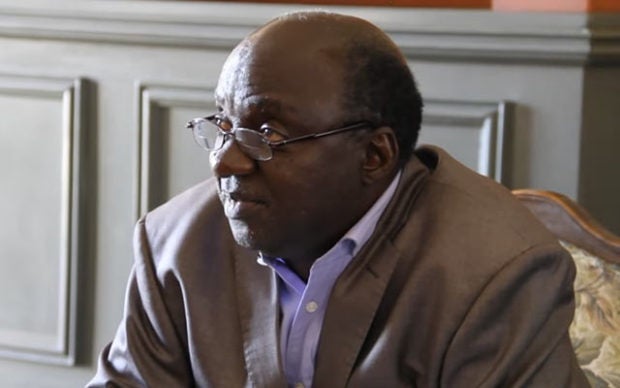 Zanu PF secretary for war veterans Douglas Mahiya said those named in corrupt activities must do the “honourable thing and resign” instead of using the courts to try and clear their names.

“If you are in government or holding a senior party position, you should resign when your name is fingered in corrupt activities,” Mahiya told ex-combatants
on Tuesday during a meeting held at the ZNLWVA Entumbane offices in Bulawayo.

“There is nothing absolute with the law. Some of the accused are able to evade the justice system through the courts. So if your name has been fingered in
corruption allegations; do the honourable thing and resign.

Mahiya added: “We should speak against corruption. Some people will use legal technicalities to escape being jailed despite it being a fact that they stole
money.”

This comes at a time when the Zimbabwe Anti-Corruption Commission has been given arresting powers.

Environment minister Priscah Mupfumira is the first senior government official named by the youth to face music, with charges of defrauding the National Social
Security Authority of over US$95 million.

President Emmerson Mnangagwa is yet to set up a probe team to investigate the Zanu PF youth league’s allegations.

“This cancerous malady called corruption must be eradicated once and for all. Appropriate measures must be taken to clean the party and the nation at large of
corruption. This, of course, includes government and the private sector,” party spokesperson Simon Khaya-Moyo was quoted when announcing that Mnangagwa will
set up a commission to probe the corruption allegations.

Information minister Monica Mutsvangwa has said Cabinet will wait for due process to take course before acting against those accused of corruption by the
youth league.