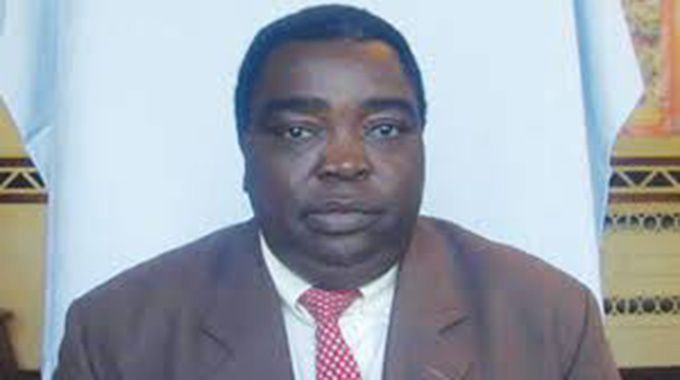 Midlands Bureau
Former Midlands Provincial Affairs Minister Jason Machaya was yesterday jailed for an effective two-and-a-half years after being convicted on abuse of office charges involving the illegal allocation of 17 799 commercial and residential stands on State land in Gokwe.

Machaya (68) personally received 1 791 stands back from the developers and entities he had allocated the State land to and had already sold 1 185 to individuals, pocketing US$900 000.

He was sentenced together with former Midlands Provincial physical planner Chisayinyerwa Chibururu (50).

They will serve an effective 30 months each after 18 months of their four-year sentences were suspended on condition of good behaviour after their release.

Gwanda provincial magistrate Ms Charity Maphosa, sitting at the Gweru Magistrates Courts, sentenced the two following their conviction on Monday at the close of a full trial.

Ms Maphosa found that the allocation of the 17 799 stands to developers was inconsistent with his duties as Provincial Affairs Minister as such allocations were the responsibility of the Local Government Ministry.

Among his land allocations were 192 commonage stands to the Apostolic Christian Church of Zimbabwe, although he did not have powers to do so.

On Monday, Mr Muchadehama submitted a letter from a medical doctor indicating that Machaya was not feeling well and could not attend court. However, Mrs Maphosa insisted that he was physically fit to stand in court.

Mr Muchadehama indicated that he would appeal against conviction and sentence at the High Court.

In the case of Chibururu, the court found that he acted in connivance with Machaya since he was the physical planner.

Machaya is the second former minister to be convicted and jailed as the investigations and legal processes are speeded up to bring an end to long delays in corruption-related cases.

Former Energy Minister, Samuel Undenge, was in July 2018 convicted of corruption and sentenced to five years in prison. His case and sentence are on appeal.