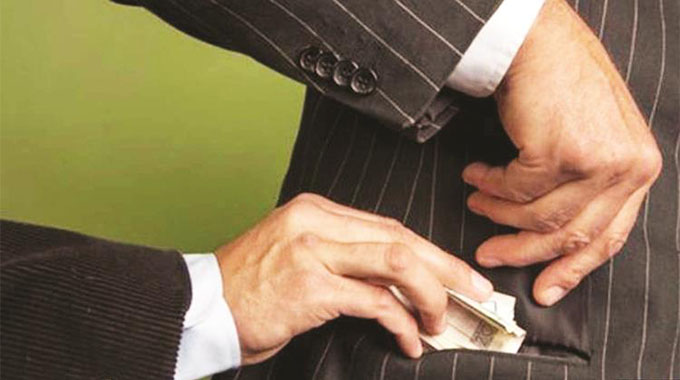 Elliot Ziwira Senior Writer
IF a child who has been at the receiving end of molestation and oppression for a long time stumbles on a gun to defend herself against a chauvinistic world, which for long has only paid lip service to his/her suffering and neglect, would you point a cocked machine gun at her to coerce her to drop the uncorked pistol in her hand to prove that guns are dangerous?

Wouldn’t it be a travesty of justice if she so frightfully drops her gun and you go on to pick it up and add it to your collection, not only exposing her to the vagaries of the world, but making her aware that guns are not only dangerous but powerful, no matter in whose hands they are? Wouldn’t it be just for you to drop yours first and persuade her to do likewise?

These questions flood my mind as I reflect on the power politics of this miserable world, where justice is two-faced and is administered by those muscular enough to play complainant, witness, prosecutor, attorney, judge and God; all at the same time, because they are so corrupt that they can pay for their passage to heaven.

Former Justice, Legal and Parliamentary Affairs Minister Patrick Chinamasa once said that Zimbabwe needed divine intervention to curb corruption. If allowed to persist, corruption, a scourge that has plagued humanity since the beginning of time, has the capacity to eat into the core of national ethos.

Biblically, corruption is condemned in Isaiah 1v4 thus: “Ah, sinful nation; a people laden with iniquity, offspring of evildoers, sons who deal corruptly. They have forsaken the Holy One of Israel; they are utterly estranged.”

True, those who deal corruptly find disfavour in the Lord, but as a nation, do we really need God’s intervention to fight against corruption?

Are we that powerless? Do we lack the agency to fight on, and bring culprits to book? Or maybe we are accomplices to corruption, and we derive benefits from it in one way or the other!

It is trite that resources are finite, thus are distributed unequally, with the minority elite getting the bigger bite through corruption, much to the chagrin of the majority, relations become sour. Corruption is as destructive as it is violent, for it creates acrimony among siblings, friends and countrymen, leading to anger, poverty, despondency, frustration and ultimately civil strife.

As individuals gluttonously tussle for the dwindling national cake, Government becomes the biggest loser. With revenue that they are supposed to tap into miraculously disappearing into the pockets of individuals, authorities find themselves grappling to make ends meet.

According to Transparency International, more than a quarter of the people worldwide pay a bribe when dealing with public service providers with the police being the major culprits.

Granted, corruption is not a new phenomenon, neither is it unique to Zimbabwe, but its rampancy cannot be used as an excuse to condone or sugar-coat it. It is the devil incarnate in our midst, no matter in whose guise or apparel it comes.

The fight against the pandemic should go beyond talk, and it begins with all of us.

Chenjerai Hove in “Palaver Finish” (2002), aptly points out that “the decay of the body begins with a small part of it”. Corruption, therefore, should not be measured in terms of proportionality, no; corruption is corruption.

As Hove (2002) argues, if a small cancerous part is not timeously removed, it will eat into the entire body with drastic consequences. It is like a venomous snake with a head, body and tail. Cutting out the tail will certainly not destroy it, and hitting it on the back will only incapacitate its movement, but the venomous head will still strike any unsuspecting target with so much vigour and ruthlessness.

Hitting the head, in such instances, will suffice.

Yes, civil servants are corrupt, as the media is awash with stories of how Government departments have become cash cows for individuals, yet remaining blisters on the part of authorities, who seem to be at sixes and sevens on how to curb the bleeding of the fiscus. The police are corrupt, that may be so. But tarry a little fellow countrymen, friends and kinsmen, who really is responsible for fuelling that corruption?

The Government! You may say, because of the pittance it gives civil servants as salaries. And all those other Zimbabweans, wallowing in abject poverty and earning far less than them, who will cushion them — who will mitigate their suffering?

No, I disagree, the Government cannot solely carry the responsibility. We Zimbabweans are responsible for our own suffering, because we offer bribes and do not care a hoot about others. We are selfish!

As it ever occurred to you fellow countryman, that each time you offer a bribe, because you did not “remember” to renew your radio licence, your road levies or insurance premiums, you are robbing a family of a livelihood? Each time you give a backhander to an official of the law, or any other civil servant for an offence that you are well aware of, you are making it difficult for a fellow Zimbabwean to enjoy the fruits of justice. Have you ever thought of it that way?

It really is not the amount that you offer that matters, it is the idea that is deplorable. You are no better than an armed robber that robs a man of his entire takings at gunpoint, condemning his family to crumbs.

As Zimbabweans, we take pride in being peace loving, but where is the peace if you destroy somebody’s livelihood? Do you call crippling your neighbour’s wife and children peace? No, there is no peace in that. Rather, there is so much violence in that, so much agony and despair, so much destruction.

Far from it, we do not need divine intervention, neither do we need foreigners to tell us about the rot in our house or lecture us on how to stop it. The solution lies in us.

We have toiled in our daily travails long enough not to have the patience to wait in queues, and doing the noble thing like getting driver’s licences and paying our insurance premiums as required by the law will not mutilate us, but corruption will do that and more.

We do not need to grease anyone’s hand or scratch their backs for that.

If Government plays its part by improving working conditions of its workers, decongesting public service departments and creating opportunities for whistleblowers through necessary legislation, and we all play our part by complementing such efforts, then corruption at all platforms will be mitigated without fear or favour, so that our beautiful country cannot always be in the limelight for all the wrong reasons.

Corruption is a vice that should not be allowed to take root, for all our gains will come to nought. Something needs to give to avert the suffering of the people of Zimbabwe, who have been burdened by poverty for a long time, and the time is now. Procrastination, really, is a thief of time, for monochronic time, which is both tangible and impatient waits for no man.

As Jim Bishop pointed out “nothing is as far away as a minute ago” because, as Michael Forbes concurs, “there is never enough time, unless you are serving it”.

It is really those who are incarcerated who have plenty of time on their laps.

Our Vision 2030 is on course, and there is no reason why it can be obstructed. What is required now is to put action where the mouth is; shunning individualism and avarice — the hallmarks of corruption — knowing that there are no sacred cows in nation building.

The time is now for the flower buds to be seen on the fruit trees of Eden, for as espoused by Baltasar Gracion, “all that belongs to us is time; even he who has nothing else has that” .

Therefore, the custodians of our time as a nation should not let us down by watching it ticking away without doing anything about it. More action, less talk is the way to go.