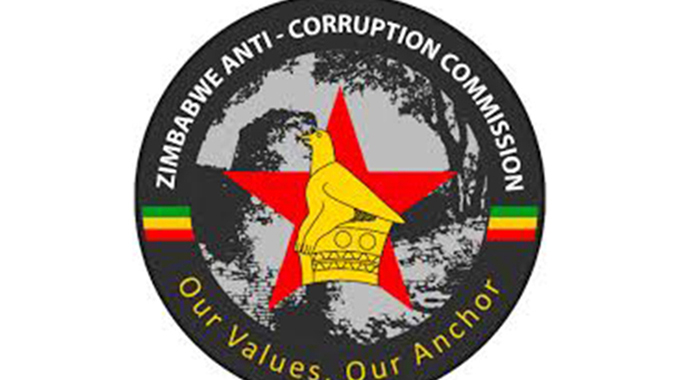 Wilfred T. Mugadza Correspondent
The effect of corruption, especially public sector corruption, on national development requires innovation in the manner in which it can be curbed.

I have over the years advocated that the Zimbabwe Anti-Corruption Commission (ZACC) be clothed not only with arresting powers, but also prosecutorial powers as part of the country’s National Anti-Corruption Strategy.

Last year witnessed ZACC, for the first time in the country’s history, being given arresting powers. This was celebrated by some of us as a bold move by the President and his Executive that was long overdue in combating the scourge of corruption.

It remains to be seen how ZACC will either use or abuse this special power that was entrusted upon it by the President. One hopes that ZACC will not be overzealous and abuse this privilege that has been extended to it, which is not the norm in a number of jurisdictions.

In most jurisdictions, the powers of arrest remain the prerogative of the police, which is clearly separated from the anti-corruption agency (in our case ZACC).

Debate still rages as to the best anti-corruption model, that is, whether in the interest of accountability, transparency and fairness, the anti-corruption agency should only be limited to inter alia investigate corruption and hands over the arresting and prosecutorial power to other law enforcement agents, in our case, the Zimbabwe Republic Police (ZRP) and National Prosecuting Authority (NPA), respectively. Political interference has resulted in some jurisdictions departing from the traditional norm and clothing the anti-corruption agency with both arresting and prosecutorial powers.

Hong Kong-China (Hong Kong) is a very good example. Hong Kong gave both arresting and influence on the prosecution to its own version of ZACC, the Independent Commission Against Corruption (ICAC), and the results have been tremendous.

The ICAC remains one of the best models in combating corruption and has been replicated with a few adjustments in other countries such as a Botswana and Madagascar. Following the adaptation of the Hong Kong model, but with a few adjustments, Botswana has remained the least corrupt African country for the last 18 consecutive years, according to Transparency International Corruption Perception Index that is published annually.

At the time when ICAC was established, public confidence was at its lowest and the Hong Kong administration was under immense pressure to be seen to be effective in dealing with corruption. In response to the public outcry, a Commission of inquiry led by one Sir Alastair Blair-Kerr, after an extensive research, recommended the creation of ICAC in 1974, which has since evolved to be one of the most lethal institutions in combating corruption.

ICAC has a staff complement of approximately 1 400. Through the Independent Commission Against Corruption Ordinance, ICAC has extensive powers, including handling all cases of corruption. The Hong Kong Police does not handle any case of corruption. Among its many powers, ICAC has great influence on the prosecution of corruption cases. Hong Kong was able to ensure that ICAC was professionalised by not only hiring the right people for the jobs, but, over the years has maintained a system of ensuring that its staff continuously attend training in order to match the evasive nature of corruption.

The prosecutorial arm of ICAC which is housed under the Secretary for Justice, is one of the most efficient in the world. This has been achieved and sustained for the past 45 years by ensuring that the prosecutorial arm is not only highly trained, but well resourced. Further, the work ethic of the prosecutorial staff, which takes its mandate seriously, has resulted in high rates of convictions. As a result, ICAC enjoys public confidence of between 98 and 99 percent. According to Betrand De Speville, one of the leading international consultants on corruption and a former Commissioner of ICAC, the success of ICAC can be attributed to a number of factors, including carefully investigating corruption cases, which makes prosecution easier. This has allowed ICAC to be in full control of corruption cases to the point of litigation.

Allowing other law enforcement agencies to handle cases of corruption, especially the sensitive prosecutorial aspect, may jeopardise corruption cases, and in some instances, weaken the cases due to lack of passion.

In addition, bureaucratic issues which may include delays and bungling of crucial evidence by other law enforcement agencies, in this case, the prosecutorial arm, justifies the clothing of anti-corruption agencies such as ICAC with prosecutorial powers.

In Zimbabwe, the Chairperson of the ZACC, Justice Loice Matanda-Moyo, in an article published in The Sunday of Mail of 29 December 2019, stated that there were over 100 fully investigated cases of corruption of which 74 involve high profile cases.

However, she bemoaned the mishandling of corruption dockets, including those of high profile cases by the National Prosecuting Authority (NPA). She went on to highlight the snail’s pace which has characterised corruption cases within the NPA ambit.

Not only that, the courts have on numerous occasions lambasted the unprofessional nature in which the NPA has handled some corruption cases, especially high profile ones — which naturally arouse public interest.

This is despite some good work that ZACC would have done during the investigating processes of cases of corruption, only to be let down by the NPA.

If cases of corruption are lost due to poor prosecution, the blame rarely goes to the NPA, but it falls back on ZACC for obvious reasons.

The result is that, the public will lose confidence in ZACC which is critical in combating corruption as has been demonstrated successfully by ICAC over four decades.

For some of the reasons identified above and many others, the time has come for ZACC to be clothed with prosecutorial powers. Of course the granting of such powers will not be done lightly, but it has to be done legally with the necessary safeguards (checks and balances) to insulate the abuse of such power by ZACC.

It has been argued that granting both arresting and prosecutorial powers in one agency is too strong and too dangerous a prescription that should not be recommended. Further, it has been argued that, anti-corruption agencies that possess such power can easily become political instruments that can be used to persecute political opponents.

While these fears or concerns may be true, there can be sufficient legal and institutional safeguards as already demonstrated in Hong Kong, Madagascar and Botswana to mention a few.

Safeguards
While ZACC, like most anti-corruption agencies globally, is enacted as an independent body — this cannot be equated to absolute independence.

In Zimbabwe, for example, ZACC should give a full account of its operations to Parliament twice a year in the spirit of transparency and accountability.

In addition, ZACC should be able to publish its activities half yearly with a full comprehensive annual report that should be published at the end of the year.

There is still opportunity for additional legal safeguards if need be, including the setting up of a judicial commission of inquiry in the event that there is abuse of prosecutorial powers by ZACC.

If such prosecutorial powers are granted, obviously through a Constitutional amendment, this will result in the speedy finalisation of corruption cases.

Under such an intervention, ZACC will be able to investigate, arrest and prosecute, all under one roof.

Once ZACC is satisfied that it has a tight corruption case – the case will be handled by the Corruption Courts that are already in place in Harare, Bulawayo, Gweru, Mutare and Masvingo.

This way, the fight against corruption will gain the much needed momentum in 2020 and beyond.

Dr Willard T. Mugadza holds a Doctor of Laws (LLD). He is an expert in Public Procurement, Corruption, International Trade, Governance and Policy. He has done work for the World Bank Group, African Development Bank and Transparency International. He can be contacted on mugadzapsalm23@gmail.com or +263774962411.