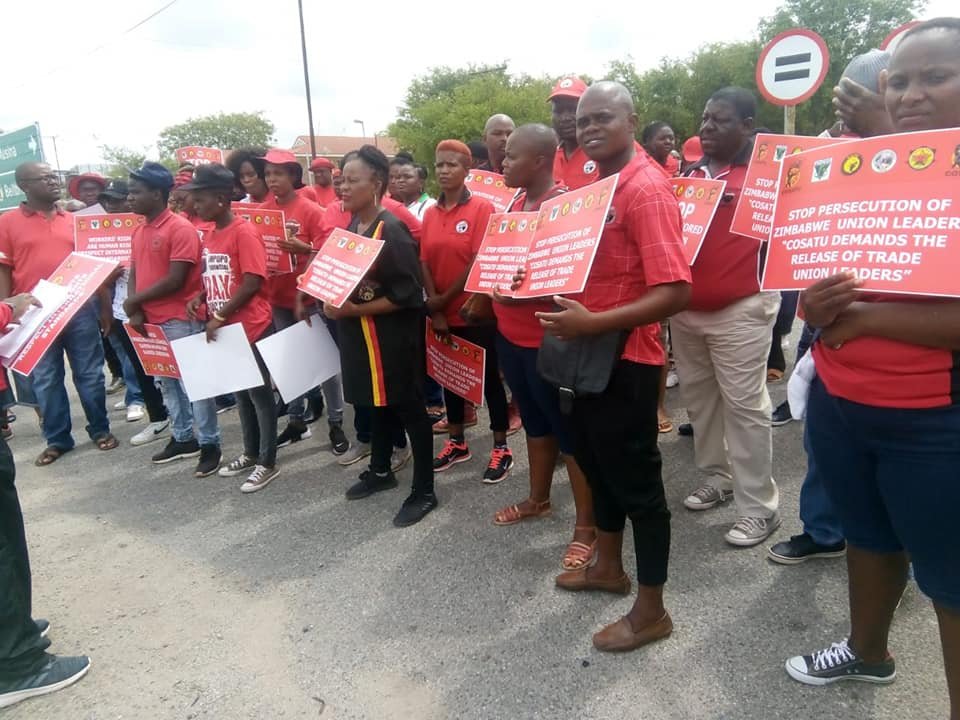 #Tajamuka and Cozwa who had threatened to join the protests, were conspicuous by their absence on the Zimbabwean side of the border, while the South African Police
Services (Saps) confined the Cosatu demonstrators to a section of the road, off the main highway linking South Africa and Zimbabwe and away from the border post.

Traffic flowed smoothly between the two countries and people conducted their businesses as usual although there was an unusual high security presence on both sides of the border post.

Cosatu led a demonstration in solidarity with the Zimbabwe Congress of Trade Unions, whose leaders have been charged with treason for allegedly leading a nationwide demonstration against fuel price hikes which later degenerated into violent scenes last month.

The placard-carrying Cosatu members slammed the gross human rights violations perpetrated by the Zanu PF-led government and the “systemic abuse of power and repression against leaders and members of the trade union movement led by the Zimbabwe Congress of Trade Unions”. They want the government to stop sponsored violence and respect workers’ rights.