Cottco gets new board since 2016

Source: Cottco gets new board since 2016 | Herald (Business) 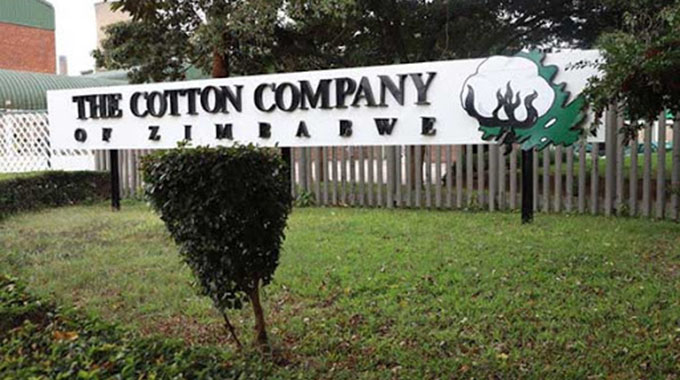 THE Cotton Company of Zimbabwe (Cottco), the country’s largest financier of the cotton crop, has a new board to be chaired by academic, Dr Abraham Babs Nyoni.

Dr Nyoni, a senior lecturer at the National University of Science and Technology will be deputised by Ms Onai Muvhingi, the Ministry of Lands, Agriculture, Water and Rural Settlement said in a statement on Tuesday.

Cottco last had a board in 2016, chaired by Mrs Cecelia Paradza.

Cottco, since 2015 has been administering the Presidential Free Inputs Scheme, a programme meant to help small scale farmers and vulnerable households who had abandoned farming the crop, also known as the “white gold” due to poor funding by the merchants.

Production, however, fell in 2019 to about 70 000 tonnes due to drought, which also affected other crops such as maize.

As part of measures to counter adverse weather conditions associated with climate change, Cottco introduced a moisture conservation tillage assistance programme to farmers to mitigate the effects of droughts.

Conservation tillage is a generic term that covers systems that reduce loss of soil and water compared with conventional methods.

The company also brought on board commercial farmers with irrigation facilities. In addition, Cottco also introduced hybrid seeds last year, which have potential to improve yields by as much as 45 percent when compared with the traditional varieties.

Cottco is one of the companies whose debt was taken over by ZAMCO, a special purpose vehicle created by the Reserve Bank of Zimbabwe to rescue debt ridden local firms and to hive off bad loans that were threatening the stability of the financial services sector.

Initially, Cottco and ZAMCO were working on a scheme to convert the former’s $56 million debt to equity, which could have seen the later assuming 95 percent shareholding.

Cotton is one of Zimbabwe’s major cash crops alongside tobacco and is an important source of foreign currency.