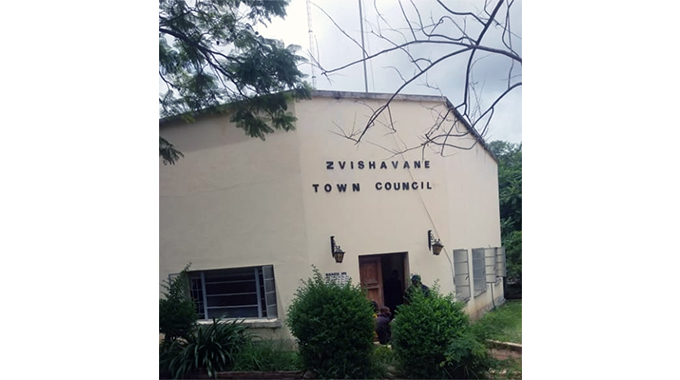 Local businesspeople are reportedly jostling to grab the town house which is in the Central Business District.

According to sources close to the deal, the cash strapped local authority which has a long-term vision to construct a new complex will be paying rent for the premises to the new owner on a mutual lease.

“According to the plan, the council seeks to sell the town house to raise funds to construct a new modern complex but for them to kick-start the construction of this new complex, they have to raise funds by putting the current offices under the hammer.

“The arrangement is that the council will strike a deal and craft a lease which will allow them to remain on the building, paying rent to the new owner until they complete the new town house.

“The deal is, however, being questioned with some councillors saying there is no logic in selling your own structure and then pay rent for it,” said one source.

Zvishavane Town Secretary Mr Tinoda Mukutu confirmed that the local authority had plans to construct a new town house but said they were still considering options on whether to sell the town house or upgrade it to a shopping mall.

“There has been a lot of noise and much speculation about this issue and we will soon issue a statement. The position is that in line with the President’s Vision 2030, we are saying as Zvishavane Town council, we should not continue on this old squashed town house so we have identified a new place to construct a modern town house with modern facilities like a park along the Zvishavane-Gweru Road. The designs for the new town house are already there,” he said.

Mr Mukutu said the local authority was still weighing options on what to do with the town house after completing the new complex.

“Remember this is an archaic building which was initially a maternity clinic when it was turned into a town house. So with the new Government thrust, we have to build another modern town house. So the idea is that after moving, we can as well turn this one into a shopping mall because there are shops nearby but as council we could be faced with financial hurdles because this structure is between two rivers, it will require a lot of money to do the engineering for a new shopping complex so we are still weighting options but any option taken will be in the best interest of the residents,” he said.