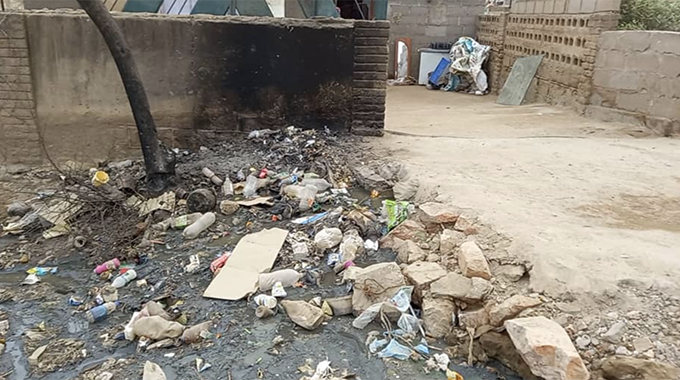 Disgruntled Beitbridge residents have written a petition to the local municipality demanding that it addresses sewer blockages and pollution problems which have become perennial especially in western suburbs.

At most houses, sewer effluent flows in small streams either in the yards or along service roads.

The residents who have put together the petition under the name Beitbridge Against Sewages Movement said the local authority had failed to respond to their numerous pleas for the improved services delivery.

The worst affected are those in Dulivhadzimu Suburb near Vhembe High School and those living in the Tshitaudze suburb near the Alpha houses and the Two rooms areas.

The coordinating team leader, Mr Honesty Innocent Chenjerai said they will hand over the petition to the authorities at Beitbridge Municipality.

He said a number of residents living in the affected areas had signed the petition.

“We write to you as the Beitbridge Against Sewage Movement, with concerns to the terrible sewage situation in our town,” reads part of the petition.

“For the past two decades, our streets have been continuously flowing sewages, and it has progressed into a health hazard state and an inhuman lifestyle.”

In the document, the residents also said the sewer pollution issue was a ticking time bomb.

They said most of them were now susceptible to an outbreak of water borne diseases including cholera.

“Please take note that in 2008, Beitbridge was recorded as one of the towns worst affected by the Cholera outbreak and if the situation is to be taken lightly, then history is bound to repeat itself.

We are therefore kindly requesting the city council to address the problem, providing us with answers as to why sewer pipe bursting has been left unattended over the years,” said the residents.

In addition, the residents are demanding that the local authority provide them with an approved project plan, time frames, the actions the council is doing and the resources needed to fix the sewer problems.

They also want the municipality to come out clean on the availability of resources and if it is possible to use private or independent engineers to work on the affected areas.

“We are currently upgrading the system starting from the lower side. So far it has been done past Vhembe and they are also having to clean up the coagulants from the pipes,” said the Mayor.

The development comes a few months after the Environmental Management Agency (EMA) took the municipality to court over the rampant sewer pollution in Beitbridge town.

The case is pending at the courts and according to EMA, urban local authorities are discharging at least 366 megalitres of raw sewer into the environment daily.

The agency said that out of the 70 Sewage Treatment Plants identified in the 32 urban local authorities last year which have a combined design capacity to receive and fully treat 579.38 megalitres per day, 21% are currently down and non-operational.