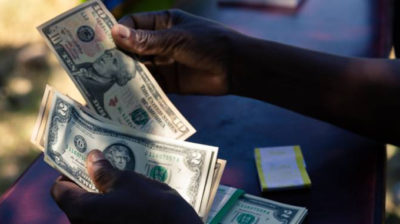 MUTARE City councillors have resolved to introduce a United States dollar billing system after realising that most of its service providers were now demanding forex, but residents have vowed to resist the move saying they were not consulted.

“We resolved to charge our bills in foreign currency (US dollar). We were under pressure because all our service delivery are now charging in (USD),” said a councillor who attended this week’s full council meeting.

“We are even struggling to pay water treatment chemicals which are being charged in forex, companies will start to pay rates with immediate effect,” he said.

Mayor Blessing Tandi confirmed the development, but said he was not at the full council meeting which passed the resolution.

United Mutare Residents Ratepayers Trust (UMRRT) vice-chairperson Jephias Mundondo yesterday vowed to resist the decision which he said was imposed without their consent.

“If they are to try and implement anything like what we are hearing, they should expect a huge backlash through residents and ratepayers because we can’t afford to pay our rates in US dollars,” he said, adding the majority of city residents were still being paid in the local currency.

“Residents and ratepayers are earning their salaries in Zimbabwean dollars and charging them in US dollars is just mischievous. People will throw back at you what you throw at them.
“As UMRRT, we expect some consultations where residents can say their views, imposing a US dollar payment system and raising rates at this time of COVID-19 when ratepayers and businesses are struggling is not in the interests of Mutare residents,” he said.