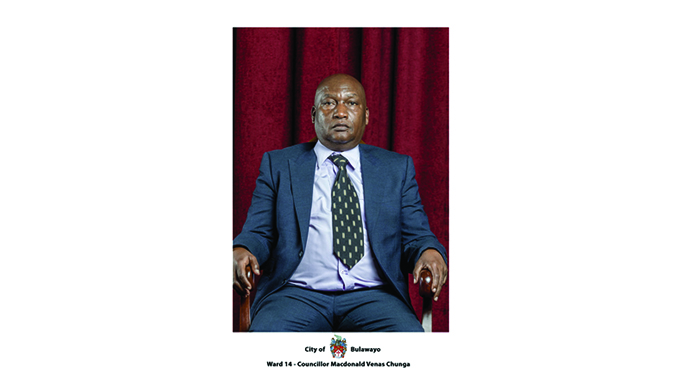 Clr Chunga has not attended any council meeting for the past eight months. According to a council confidential report ‘unconfirmed reports’ have suggested that the councillor was receiving medical treatment in South Africa for an undisclosed ailment.

“The chamber secretary (Mrs Sikhangele Zhou) reported that Clr Chunga last attended council meetings on 4 November 2020 and unconfirmed reports suggested that he was undergoing treatment in South Africa. Meanwhile, he had been a caretaker councillor for ward 12, both ward 12 and 14 had not had a councillor for almost six months.

“It was further advised that Clr Chunga had been absent from council duties and this had been continuous. The only thing that could be done was to only stop the allowances. Allowances were tied to sittings. The Act did not separate voluntary from involuntary absence,” reads the report.

In debating the matter councillors defended their colleague claiming Clr Chunga was away on treatment and not absent hence his allowance should not be scrapped.

“Alderman Siboniso Khumalo said that Clr Chunga was away on treatment and not absent. He felt that his allowance should not be terminated. His Worship the mayor, Clr Solomon Mguni pointed out that council could not continue paying if the councillor had not been attending meetings and this referred to all council meetings.

“The deputy mayor, Clr Mlandu Ncube said that the issue of allowances had to do with the conditions of service which lay with the Ministry of Local Government and Public Works.

“He however, felt that there was need to get a clarification from the Ministry,” reads the report.