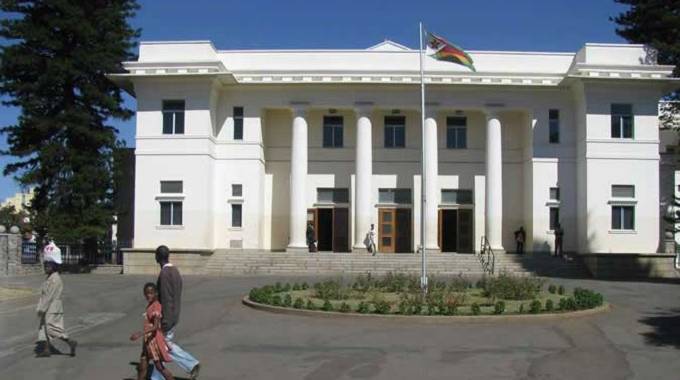 BULAWAYO City Councillors and members of staff will now be legally mandated to declare their assets among a cocktail of new provisions under the conflict of interests and confidentiality policy which was passed by the local authority a couple of weeks ago.

The policy will also see councillors and members of staff being tightly monitored regarding council’s tender system which will result in possible expulsion if they are found sourcing or getting kickbacks from an external company, council supplier or contractor.

The policy, which the local authority claimed is to maintain good corporate governance can however, be seen as a reaction to the high number of corruption allegations among councillors and management over the past years.

According to a council confidential report seen by Sunday News, the new policy was derived so as to protect the interests of the local authority and to provide guidance to councillors and council officials in identifying, handling any conflicts of interests that may affect the city and its operations.

“The policy applies to all councillors, management and employees acting in their official capacity. This policy shall apply in relation to all Bulawayo City Council matters, including but not limited to grants, contracts, purchases, leases, investments or other commitments of BCC resources. All councillors, management and employees shall therefore disclose interactions with external organisations, which interactions are likely to bring about conflict of interest,” reads part of the report.

According the new set of regulations meant to be religiously adhered to by the councillors and council employees, they will now among other matters not be allowed to have any interests in any transactions to which the council is a party of or any interest in any competitor of the local authority.

“No councillor, director, manager or staff member may secure, canvas or promote any business or business activities for external company, supplier or contractor within the council where such a councillor or employee stands to gain directly or indirectly, individually, as friends, as family or in any other way which may be deemed to be personal and unethical. They may not also seek or accept gifts, loans, preferential treatment in respect of amenities or services from any party having business with council or mislead or attempt to mislead the council;, a structure of council, in its consideration of any matter,” reads the report.

In defining gifts the policy notes that these may include; receipt of loans, payments, services, personal travel, entertainment, favours of more that token value from customers or suppliers or from a person or seeking to do business with the council, gratuity, discount, hospitality or other tangible or intangible items with monetary value.

“Invitations by suppliers to events may be accepted by a councillor, director, manager or employee if the event takes place within the city. In situations where the supplier would be required to fly or meet travel costs for a councillor, director, manager or employee travelling outside the city at their own expense may not be acceptable, as such an invitation may place them in a compromising position,” reads the report.

Councillors and employees will further face disciplinary action if they are found to be party to a contract for the provisions of goods or services supplied to council, or for the performance of any council work other that what the person is employed or was elected to do.

Some of the new provisions are directed at employees where they will face possible dismissal if they unduly influence or attempt to influence the council with the view of obtaining any appointment, promotion, privilege, advantage or benefit for themselves, family member, friend or associate.

A sample of the declaration of assets form, seen by Sunday News, shows that the assets listed include land, buildings, vehicles, investments and financial obligations owed to the person for who the statement is made. The move, forcing councillors and management to declare assets, is a notable victory for the Bulawayo Progressive Residents Association that has been in the forefront of lobbying the city’s councillors to declare their assets arguing that such a step shall be a game-changer in the fight against corruption. The residents also signed a petition calling for the declaration of assets which they handed to the city’s Town Clerk, Mr Christopher Dube and the Mayor, Councillor Solomon Mguni.