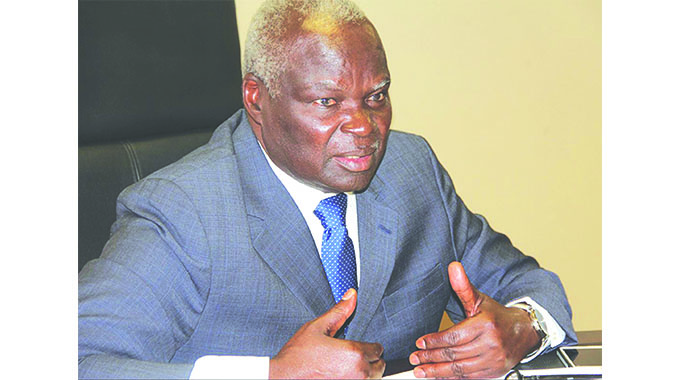 Vusumuzi Dube, Senior Reporter
THE Government has ordered all councils in the country to update their valuation rolls before the end of the year so that they are able to calculate their fiscal capacity and be able to positively work towards increasing their Gross Domestic Product (GDP).

The Second Republic through the leadership of President Mnangagwa has spearheaded the move of coming up with provincial GDPs, with the President saying each province must come up with its economic plan.

Speaking during the handover and launch of the Local Authorities Database System (LADS) and Ward Profiles for the Matabeleland and Midlands provinces in Bulawayo yesterday, Minister of Local Government and Public Works, Cde July Moyo said as a move of improving innovations at local authorities they were now required to update their valuation rolls.

LADS is a local business solutions’ softwares developed by Harare Institute of Technology for local authorities to store and manage vital data related to council operations and service delivery. Cde Moyo said he had since agreed with the Minister of Finance and Economic Development Professor Mthuli Ncube that 10 percent of the devolution funds sent to councils will be used for this exercise.

“The first basis for local authorities is that you have been given authority to tax. There are only two taxing authorities at present, Central government for income tax and councils tax based on property tax.

So, I am demanding- of which I have already agreed with the Minister of Finance and Economic Development Prof Ncube- that when we disburse the devolution funds, you use 10 percent of that to update your valuation rolls, which is the most important aspect we are looking at going forward,” said Cde Moyo.

He said this was not a means of Government putting councils on the spot but this was a constitutional requirement, where councils are required to know their fiscal capacity which could only be done through the valuation roll.

“The constitutional requirement says, each local authority must understand its fiscal capacity, the ability for local authorities to say their resources are captured in their systems. One can therefore not have their fiscal capacity until they do their valuation rolls.

We expect councils to capture all the land within their jurisdiction, whether they own the land or alienated land or even Government land. Councils should also record their superstructures, which is anything that is built on that land and once you have all this what remains for you to value the land then you have your fiscal capacity,” he said.

Cde Moyo said with the fiscal capacity and the valuation rolls in place, it becomes easy for local authorities to draw up their GDPs which they will then use to even improve their performances when they use such systems as LADS to store their data.

“These systems will also help in planning council activities for example this system will easily identify that in Cowdray Park there could be too much hot sitting and thus the need for the local authority to build another school. It will also be able to tell us rate collection trends, this is the innovation which we have been talking about,” said the Minister.

Present at the meeting were all local authorities from Matabeleland North, Matabeleland South, Bulawayo and Midlands.