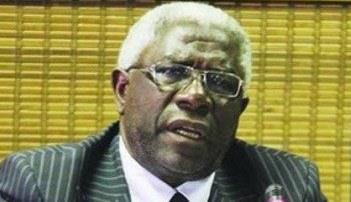 HARARE – A Harare magistrate has thrown out an application for refusal of further remand lodged by University of Zimbabwe vice chancellor Levi Nyagura charged with corruptly awarding a PhD to former first lady Grace Mugabe.

Nyagura made the application before Harare magistrate Victoria Mashamba stating that he had been on remand for an unreasonably long period of time.

He had asked that the court frees him and order the State to proceed by way of summons when ready.

However, Mashamba ruled that it was not necessary to grant the application because the docket was now ready and investigations were complete.

“The record will show that the accused person has been on remand for only four months. It is important to note that this is not an ordinary case as it involves the vice chancellor of the country’s highest institution of learning,” prosecutor Michael Reza said in response to the application.

“It would be an injustice if the State were to present a poorly investigated docket.

“The trial date will be given on the next remand date and the investigation team is tying up loose ends.”

The case was subsequently postponed to August 3.

Nyagura has argued that there was no basis for going to trial on a case that had no complainant after the Higher Education ministry — cited as complainants — denied having association with the complaint lodged against Nyagura.

“The ministry would like to register its complaint against Zimbabwe Anti-Corruption Commission (Zacc).

“The basis of the complaint is that, we note from court papers that Zacc has been citing the Permanent Secretary as the complainant in cases involving the University of Zimbabwe vice chancellor as the accused,” read the letter filed in March this year.

“The ministry would like to state that it is not aware of the issues and neither was it involved in making any complaints to Zacc or being involved in investigations leading to the accused person being arraigned before the court for criminal abuse of office…the ministry is not involved in academic issues.

“The issue is purely academic and is the domain of the university through the council or senate.

“The ministry only provides administrative oversight to the university and is not qualified to comment, make a determination or give an opinion on whether what was done by the accused person was a criminal offence or not.”

According to the letter that decision ought to be made by the University Council and Senate as supreme organs on academic issues.

Allegations against Nyagura are that sometime in 2011 he single-handedly accepted and approved Mugabe’s application to study for a PhD in Sociology without the knowledge of the Department Board and Faculty of Higher Degrees Committee.

The court heard that Nyagura then appointed professors Mararike and Chaneta to supervise Mugabe’s thesis without the board’s approval.

It is alleged Nyagura further usurped powers and appointed examiners to in violation of the University of Zimbabwe Act Chapter 25:16 and Ordinances 1998/99 volume 11 which gives that prerogative to the Senate Committee.

Sometime in 2014, Nyagura allegedly led supervisors and examiners to Mugabe’s Mazowe Estate where the defence oral examination was purportedly done without knowledge and approval of the academic committee.