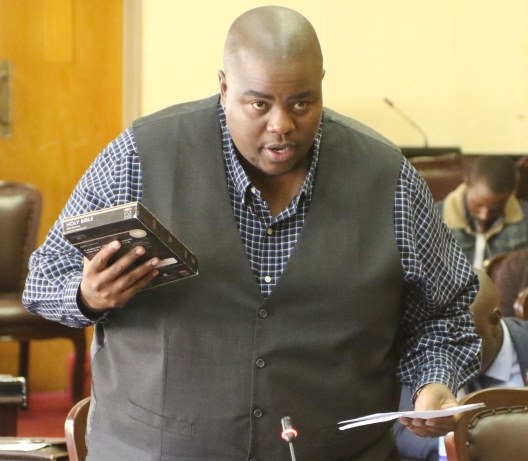 HARARE – The High Court has described as “false” the Zimbabwe Power Company (ZPC)’s insistence that it was not behind Wicknell Chivayo and Intratrek Zimbabwe (Intratrek)’s criminal charges, in a judgment with far-reaching consequences for some companies with disputes against other parastatals.

This also comes as Justice Tawanda Chitapi has warned that the culture of settling commercial disputes through the police – where there were ample resolution mechanisms – would hurt the country’s investment outlook and the sanctity of contracts enjoyed constitutional protection, particularly section 49.

“The respondent (ZPC) emphatically denied it engineered or caused the applicant and its managing director’s arrest. It deposed that the applicant did not file any criminal complaint with the police. The denial is telling and… leads to the conclusion that a third force… which is an organ of the State frustrated the contractual relationship between the parties,” he said, adding offending state-owned enterprises (SOEs) and other parties had no right to terminate agreements, especially in circumstances where they would have contributed to delays in national projects.

“The complainant in the criminal case was… Thandiwe Mlobane… chairperson of the finance committee. She… was acting under a board resolution to represent the respondent company. The court thus found the respondent’s denial that it had anything to do with the arrest of the applicant and its managing director to be glaringly and palpably false,” Chitapi said, adding Patrick Chivaura’s attempts to perpetuate the denial gave the impression of a board and management team at odds”.

While the former lawyer makes the key observation that ZPC had moved to repudiate its October 2015 contract for the delivery of a $173 million Gwanda solar project by disregarding an addendum to waive the completion of some pre-commencement works and eight precedent conditions, the judge concurred with Intratrek’s contention that the employer had “used unorthodox means to frustrate the latter from fulfilling its conditions precedent by causing the arrest of its managing director” and withholding payments to sub-contractors.

Critically, the Zesa subsidiary had failed to help its contractor – in line with their financing agreements – to secure funding from the China Exim Bank, Finance ministry-back bond issues via CBZ Bank Limited, a direct cash injection from Chint Electric, among other options, and the parties’ September 2017 supplementary pact also debunked Chivayo’s alleged fraud given that the employer had actually acknowledged that there was work done.

“The applicant deposed that the filing of the criminal charges was intended not just to criminalise contractual disputes, but to frustrate the applicant… was a pre-emptive action (t0) ensure… fail(ure) to meet the timelines for performance… as per addendum to the contract. respondent (ZPC)’s conduct could not be divorced from its deliberate neglect or refusal to pay sub-contracts who demobilised,” Chitapi said, adding it was actually surprising “the charges were actually filed after the parties had executed the addendum”.

“The respondent then unbelievably submitted… that it was not its obligation to seek funding and that this was not the basis on which the original contract had been concluded… The respondent’s deposition… amounts to taking too simplistic a view of the circumstances surrounding the issue of… funding… It was accepted by the powers that… the applicant had not failed in its obligations… from the communications and correspondences involving the State Procurement Board, Ministry of Finance, the respondent and the applicant,” he said.

“…the applicant averred that China Exim agreed to fully fund the project… It is common cause that Sinosure would not guarantee funds because… the Zimbabwean government was in premium payment arrears in regard to other funding agreements… The applicant averred that the challenge posed by the inability of… Zimbabwe to clear its arrears and unlock project funding was not in of its making. In the absence of an explanation from (ZPC)… as to what it did to ensure availability of funding for the project, given the need to clear outstanding arrears by government, it cannot be said that the applicant failed in its obligation. I would hold that a case for fictional fulfilment should be held..,” Chitapi said.

Amid protestations by President Emmerson Mnangagwa about the $25 million award in Esigodini recently, the learned judge emphasised in the December 13 ruling that “the primary role of the judiciary is to dispense justice to all persons without fear or favour”.

By stressing that payments to Intratrek were also made “consciously, knowingly and deliberately before the applicant had even tendered the performance guarantee”, Chitapi somehow fortified another High Court justice Benjamin Chikowero’s bail observation that the state’s case against Chivayo was weak and thus poking further holes into the Intratrek prosecution.

“There was no fraudulent misrepresentation made by the applicant in relation to the advance payment guarantee as would have influenced the respondent to make the payment it did. A failure to meet the deadline agreed would not amount to a fraud per se but would constitute a breach of an agreed condition,” he said.

While railing at the energy firm’s move to cause the arrest of its “contracting partner and denying it court”, and describing it as “smacking of duplicity, and mala fides or bad faith”, the High Court judge also emphasised that the involvement of law enforcement agents  in a contractual dispute – and before all dispute resolution mechanisms had been exhausted – would “portray the ZPC as a risky, and insincere contracting party prone to extra-contractual means of settling disputes”.

This, Chitapi noted, would compound “investors and the business community’s fears that if they conclude contracts with state-owned enterprises they risk being slapped with criminal charges as opposed to the use of civil remedies provided in contracts”.

“It follows that… there was no breach by the applicant based on failure to timeously perform on time. Following the amendment of the contract, there was no legal basis for the respondent to allege a failure… and to file criminal charges against the applicant. Such conduct was arbitrary and in the circumstances, a ploy to frustrate the applicant (Intratrek),” Chitapi said.

“In the circumstances, the respondent must be stopped from terminating the contract other than in accordance with its terms. The right to terminate in not absolute… and the party seeking termination must not be responsible for delays in satisfying conditions precedent. The respondent cannot benefit from its shortcomings or failures,” the High Court said.

Further, Chitapi said: “…it must always be borne in mind that… clause five protected the innocent party from having its rights in the contract terminated. Not only was termination to be preceded by notice, but the party seeking to terminate was not entitled to do so in circumstances where the delay to satisfy any of the conditions precedent was caused by it. In casu, the delay in consummating the financing arrangements was caused by government’s failure to immediately satisfy the financing conditions. The respondent could not in this connection distance itself from government’s challenges.”

“The respondent has no justification for seeking to hold the applicant in breach of securing… funding arrangements. The fact that the applicant used its reasonable endeavours to ensure the satisfaction… was eminently demonstrated. The contract explicitly reposed a duty on each contracting party to use its best endeavours to ensure satisfaction of suspensive conditions,” he said.

“The addendum essentially had to do with completion of pre-commencement works and payment of subcontractors… It captured that parties had agreed that the applicant would undertake pre-commencement works at total cost of  $11 000 exclusive of tax and feasibility study costs. The parties agreed that the sum of $1,2 million was still due to be paid.”

Meanwhile, Chivayo and his lawyer Lewis Uriri have emphasised that they have no intention to profit from the $25 million judgment, but dialogue and an opportunity to fulfil the 100 megawatt solar project, which the court said had been extended to April 2018. – Financial Gazette