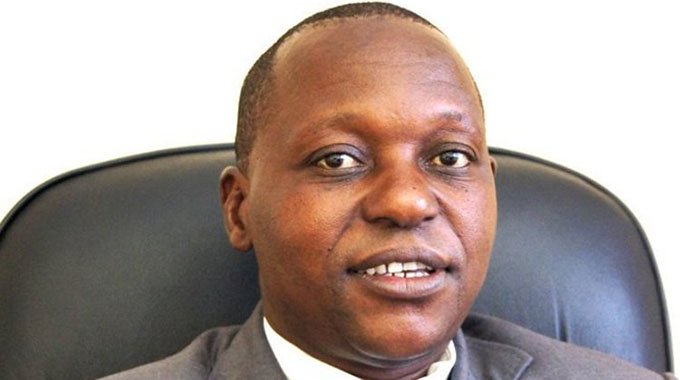 Section 255 of the Constitution outlines one of the functions of the Zimbabwe Anti-Corruption Commission (ZACC) as that of referring matters to the National Prosecuting Authority (NPA) for prosecution.

Basically, ZACC will investigate suspected cases of corruption, arrest the culprits, prepare dockets and submit them to the NPA for prosecution.

Section 260 of the Constitution provides for the independence of the NPA.

This means ZACC cannot interfere with the prosecution agency’s processes.

The commission is fully aware that the public is disappointed with the low conviction rate of suspected cases of corruption.

While the mandate of ZACC ends with investigation and preparation of dockets for submission to NPA, this does not mean we are not interested in successful prosecution of the culprits.

We have a huge interest in such outcomes. This explains why the commission has gone out of its way to conclude memorandums of understanding with a number of agencies, including the NPA.

Among other issues, the MoU with NPA will make it easier for the two parties to undertake the following:

l assist each other with expertise on prosecution-led investigations;

l assist each other in the extradition of accused persons;

l collaborate in recovering and confiscating funds and assets obtained from proceeds of crime; and

l collaborate in enforcing legislation aimed at combating corruption, as well as other relevant statutes that fall within the jurisdictions of the partners.

We are fully aware that the MoUs have to be implemented to make sense to citizens who are yearning for a robust anti-corruption fight.

ZACC appreciates efforts by the Government, amid limited resources, to adequately fund the commission in light of the mammoth task at hand.

The commission has to be more creative in mobilising resources to supplement what Treasury is able to provide.

One of the reasons for pursuing MoUs with various local and international partners is to strengthen the capacity of the commission through leveraging on the financial, human and material resources of these partners.

We are also advocating the retention of a certain percentage from the assets and monies that we recover.

Such retention will act as an incentive to recover more for the benefit of the fiscus and improved public service delivery.

Asset recovery can only be intensified if the commission strengthens its investigative arm.

And, we are moving with speed in that direction.

Recruitment of specialists in various fields to join our investigations department is underway.

We would like accountants, auditors, engineers, forensic specialists, information communication technology specialists, lawyers and even medical doctors to join our investigations unit and unpack the complex cases of corruption in these various areas.

These experts can only join ZACC if the working conditions are competitive.

And we are working hard on that front.

Retention of a certain percentage from assets recovered will enable ZACC to offer better conditions of service in order to attract and retain high-calibre staff.

Many have sought clarification on how the commission exactly carries out its investigations in light of the low conviction rate of the culprits.

This article will try to clarify.

Let me start by highlighting that the criminal justice system comprises of several players. They are law enforcement agencies, prosecution, defence attorneys, courts and correctional services.

Investigation is a preliminary stage conducted by the law enforcement agencies — that is ZACC and the police.

ZACC’s investigative powers are limited to specific offences as provided for in Schedule 13 to the Zimbabwe Anti-Corruption Commission Act, Chapter 9:22.

These cases are also listed in the Ninth Schedule (Sections 25 (1) (a) and 32) to the Criminal Procedure and Evidence Act (Chapter 9:07) as offences involving corruption, organised crime or harm to the national economy.

This mandate is shared with the Zimbabwe Republic Police, which is constitutionally empowered to investigate all crimes, whereas ZACC’s mandate is limited to the investigation of the mandate offences only, thereby making ZACC a specialised institution.

In view of the foregoing, ZACC works closely with the police inasfar as the management of reported cases is concerned.

Section 255 (1) (e) of the Constitution of Zimbabwe gives ZACC power to direct the Commissioner-General of police to investigate cases of corruption and report to ZACC.

The purpose of an investigation is to gather enough evidence for arrest.

In order for items of physical evidence to be accepted by the courts as exhibits, each item must meet the test of having been searched for and seized legally.

ZACC is governed by provisions of the Criminal Procedure and Evidence Act in obtaining search warrants issued by judicial officers authorising investigators to carry out a search, and to seize certain items for investigation purposes.

So a search warrant can still be denied by the courts, thereby affecting the quality of investigations by law enforcement agencies.

After an investigation is carried out and there is enough evidence, officers may arrest the suspect or issue a citation/summons for the suspect to appear in court at a specific time.

This decision depends on the nature of the crime and other factors.

If officers do not find enough evidence, the case remains open until it is prescribed.

ZACC derives its powers of arrest from Statutory Instrument 143/2019 (Designation of ZACC officers as peace officers), which amended the Criminal Procedure and Evidence  Act. ZACC is alive to the provisions of Section 50(1) of the Constitution which speaks to rights of arrested persons.

In that regard, due process is followed in all arrests that are made.

Where investigations have been completed, and there is evidence proving the essential elements of the crime under investigation, a full docket is compiled and referred for prosecution.

ZACC’s mandate is to investigate. It has no prosecutorial powers.

Prosecution of cases rests with NPA.

Once a docket is referred to NPA, ZACC has no control of the proceedings at court. Management of cases under trial is the preserve of NPA, and ZACC officers can only come in as witnesses once subpoenaed by NPA.

Ordinarily, prosecutors take cases for trial once they are convinced that evidence contained in the docket proves the offence the accused is charged under.

If evidence is insufficient, prosecution can be declined or further investigations can be recommended.

In other jurisdictions, anti-corruption agencies have prosecutorial powers where they take their cases to court for prosecution.

This approach has a lot of positives in that there is full appreciation of the case as agency prosecutors are involved in prosecutor-led investigations from the onset.

This in turn improves the turnaround time in which cases are finalised at court and the conviction rate as well.

Once a magistrate or judge has made a ruling, an accused can still appeal to the superior courts.

The cases have to join the queue.

So a case can still go for more than four years without being finalised.

ZACC is strongly recommending for a change of court rules to allow corruption cases to be disposed of within a specified period of time such as what happens under election petitions, which have to be finalised within six months.

The setting up of anti-corruption courts is most welcome.

Unfortunately, these are at magistrates’ court level.

They should also be established at superior courts level to allow quick disposition of corruption cases.

Commissioner John Makamure is the ZACC spokesperson and chairs the committee on prevention, public education and corporate governance.