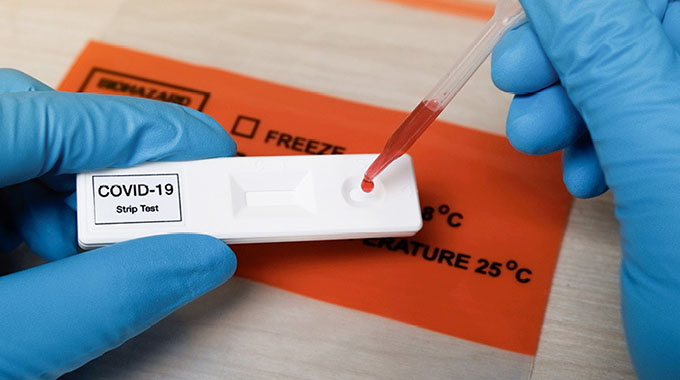 Herald Reporter
CORRUPT staff at some council clinics in Chitungwiza are selling Covid-19 vaccination cards without requiring people to be vaccinated, charging them between US$25 and $50.

As vaccination is free, and the free card comes with a free jab, it at first sight appears odd that there is a market. Apparently there are those who think they will need a card very soon, but who have no priority for vaccination, with cross-border traders being the main customers.

There could also be those who are so determined not to be vaccinated, but for employment or other reasons want a card. The cards being issued appear different.

Nurses, environmental health officers and other staffers have engaged agents who target those wanting a card and offer to issue them with the cards without receiving jabs.

National police spokesperson Assistant Commissioner Paul Nyathi warned against such illegal practices and appealed to the public to report the fraud.

“People should come and report so that the law can take its course. Some people are definitely taking advantage of this Covid-19. Those people should be brought to book,” he said.

Acting on information gathered, this reporter went undercover to establish the truth and expose the rot.

The reporter posed as a cross-border and contacted an agent who solicits for clients on behalf of the clinic employees.

The agent and the reporter agreed to meet on Wednesday March 24.

Using WhatsApp and sometimes text messages, the agent suggested they meet at corner of New Chitungwiza and Tilco Roads in Chitungwiza.

After meeting, the reporter was taken to Seke South Clinic where he waited for almost 10 minutes before meeting an employee whose EcoCash Number identified her as “Sekai Gabrile”.

After introductions by the agent, the woman handed the vaccination card to the reporter, but it had no names.

The reporter paid the woman the US$25 she had charged. The woman then gave the agent US$5.

The card indicated that the reporter had received his first dose on February 25, 2021 and received the second dose on March 24, 2021.

However, in actual fact, the reporter is yet to receive his first jab.

The woman deliberately did not write the reporter’s name, date of birth and age. She advised him to write the name and fill in other details on his own.

Director of Health and Environmental Services for Chitungwiza Municipality Dr Tonderai Kasu said they had not received any such cases, but stressed that council does not tolerate corrupt officials.