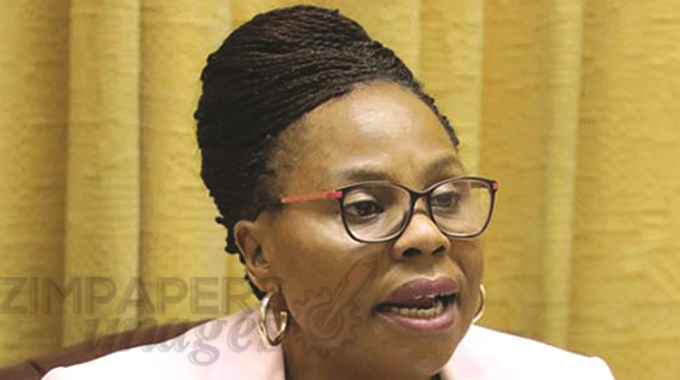 Herald Reporter
Domestic and international flights are set to resume, but with all passengers tested for Covid-19 within 48 hours before they travel, while bottle stores can reopen under strict rules as the Government continues to relax the economy following success in containing Covid-19  infection.

In addition, the Government is urgently drilling boreholes to boost Bulawayo water supplies and buying $654 million worth of equipment and supplies to ensure schools can open safely for examination classes

Bottle stores and other liquor outlets can now sell alcohol, but on the strict condition that no one drinks on or around the premises.

Since the start of the lockdown, only supermarkets, with their tight security and refusal to allow on-site drinking, have been able to sell alcoholic beverages.

“Following representations from the Liquor Retailers’ Association, seeking permission for liquor retailers to commence operations, Cabinet resolved that operations could resume in line with Covid-19 regulations and on condition that no liquor is consumed at their premises,” said Minister Mutsvangwa.

For the resumption of flights, Minister Mutsvangwa said standard operating procedures had been put in place for the safe reopening of airports.

“The national guidelines for aviation safety and security have been developed by the Civil Aviation Authority of Zimbabwe to ensure the safety of both the travellers and airport staff. These are additional to temperature testing, social distancing, sanitisation, and mandatory wearing of masks.

“All travellers will be required to have a PCR Covid-19 clearance certificate issued by a recognised facility within 48 hours from the date of departure, in line with WHO guidelines,” said Minister  Mutsvangwa.

She said the decisions were made after Cabinet received an update on the steps that are being taken to contain the Covid-19 pandemic from the chairperson of the Ad-Hoc Inter-Ministerial Task Force, Minister of Defence and War Veterans Affairs Oppah Muchinguri-Kashiri.

Minister Mutsvangwa said Cabinet had approved the appointment of a Covid-19 Experts Advisory Committee, whose objective was to provide science-based evidence, advice and guidance on the national Covid-19 preparedness and response in support of timely evidence-based policy decisions.

These 10 are professionals in relevant fields.

Minister Mutsvangwa said urgent steps were being taken to sort out the critical water shortage in Bulawayo. Government, through Treasury, had released $205 million for the drilling of 10 specialised boreholes and the rehabilitation of 10 under the Epping Forest project.

Four of the 10 had already been drilled. Epping Forest and the Mtshabezi-Inyankuni water projects aim to improve raw water supplies to the City of Bulawayo, whose dams are very low resulting in serious water shortages.

Other boreholes are being drilled across Zimbabwe to boost community water supplies.

“To date, the total number of boreholes drilled by Government and its partners as part of the Covid-19 response is 222,” she said.

The ministry is spending $654 147 907 on personal protective equipment, infrared thermometers, disinfectants and other hygiene products,” she said.

By late yesterday, Zimbabwe had recorded 218 deaths, with another eight listed, from 7 388 cases but with 5 477 recorded recoveries and more expected as statistics are updated.