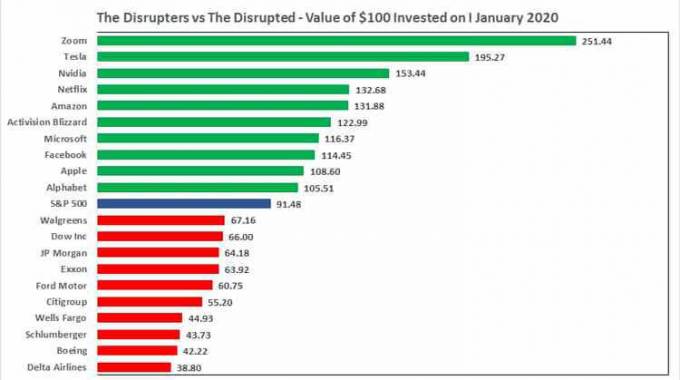 Over the years, Zimbabwe has recorded more annual trade deficits than surpluses, but the coronavirus pandemic is likely to change that landscape in the medium term.

The reduction in the trade deficit was a result of foreign currency supply constraints, which throttled imports of essential inputs and capital equipment.

As a result, merchandise imports declined by 31 percent to US$3,2 billion from US$4,6 billion recorded in the comparable period in 2018.

The Covid-19 pandemic, which has caused significant disruptions in global trade networks as countries have imposed travel restrictions and lockdowns, should further affect Zimbabwe’s imports this year.

The pandemic could also have an impact on the country’s exports.

“As the number of bans within Africa increases, trade within the region is likely to be affected in the short term as counties will reduce importation.

“This could have an immediate impact on demand for Zimbabwe exports like tobacco and manufactured tobacco, fruit and nuts, citrus fruit, live animals, just to mention a few, to Africa,” said national trade promotion body ZimTrade in a recent update.

“The intervention measures put in place by South Africa in combating the spread of coronavirus will be felt much by Zimbabwean exporters since it takes about 49 percent of Zimbabwe’s total exports.

“The good thing is cargo is not affected. This situation in Africa is almost the same across the world where Zimbabwean exports will likely be affected by restricted movements, ban of air travel or grounding of ships, which transport the bulk of the country’s exports.”

Zimbabwe’s main export destinations on the continent are South Africa and Zambia, but local exporters will feel the heat of restrictions in key international export destinations such as China (which was the first country to record Covid-19 cases and significantly impacted), the European Union (which now is one of the major epicentres of the disease), the United Kingdom and India.

An opportunity in crisis?

Although export volumes may be affected by country travel restrictions and lockdowns, local exporters may still find a silver lining.

For instance, demand for gold as a safe haven and demand for food has increased.

And commodity prices have largely firmed over the past few months.

Analysts at Morgan & Co are bullish: “Gold prices have remained strong across the globe on the back of flight-to-quality (a financial market phenomenon occurring when investors sell what they perceive to be higher-risk investments and purchase safer investments, such as gold and other precious metals).

“Demand for platinum and chrome has slowly increased after China announced that over 98 percent of major industrial companies had resumed operations by March 30, 2020.

“Given that major producers of PGMs, chrome ore and palladium are still under lockdown, the mismatch between demand and supply has pushed the metals’ prices up in recent weeks.

“As a result, we foresee upside in Zimbabwe after President Mnangagwa announced that mining operations would resume during the second lockdown phase.

“The output from the mining sectors amid strong prices in the short-term present a window of opportunity for the country at least until lockdown measures are lifted on a global scale and demand increases.

True to form, in the first 16 days of tobacco sales, the golden leaf raked in US$64,4 million from the sale of 28,2 million kg, up from US$18,6 million in the prior comparable period due to increased deliveries and improved prices.

With the Covid-19 pandemic situation still evolving, and a threat of second wave looming large, it is still too early to project whether the impact of the virus on Zimbabwe’s trade will be another deficit or a surplus.

Critically, the authorities will need to deal with whatever is the outcome as trade experts maintain that both deficits and surpluses have their advantages and disadvantages.