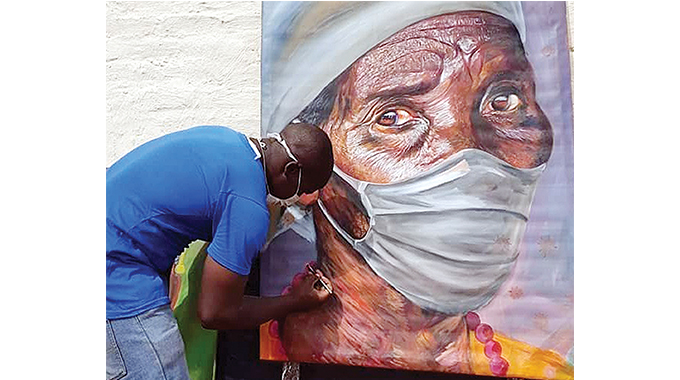 Bruce Ndlovu, Sunday News Reporter
WITH the festive season approaching and the country set to reopen its borders, an influx of Zimbabweans from the worst Covid-19 hit country on the continent, South Africa, might pose a new threat to Bulawayo, where infections have been spiking in the last few weeks.

Zimbabwe’s borders will open first to private passenger vehicles and pedestrian traffic as from 1 December, while further assessment is being undertaken with regard to preparations of handling public passenger transport.

The festive season usually brings an influx of Zimbabweans commonly known as injiva coming to spend the holidays at home and the relaxation of border restrictions is set to ease their return.

However, with South Africa experiencing a surge in Covid-19 recently after it downgraded to Level 1, there is fear that this might spill over to neighbouring Zimbabwe, particularly Bulawayo and Matabeleland provinces which welcome a fair share of injiva every festive season.

“It seems that the second wave occurs a few months after the first wave. And when it occurs, it might be related to people becoming complacent in their adherence to prevention interventions.

“It might also be that people who were infected the first time have waning immunity and then a few months later, they are susceptible again, that might be contributing,” Prof Karim told the South African media last week.

New infections are occurring in all groups and sectors of society and in remote rural areas, meaning the next wave is likely to be much more generally distributed than the first, which initially hit urban centres.

Mpilo Central Hospital acting chief executive officer Professor Solwayo Ngwenya said Bulawayo could be in the eye of the storm as the festive season approaches. The bulk of deaths due to Covid-19 have been attributed to the city, with the city centre and western suburbs earmarked as the biggest hotspots.

As of 30 October, Zimbabwe had 8 362 confirmed cases, including 7 884 recoveries and 242 deaths. On Friday, 13 cases were recorded in the country, with seven coming from Bulawayo.

“Bulawayo is having a spike and this is not surprising because this is a repeat of history. Our fathers were alive in 1918 so they told us most of these things. The pandemic of 1918 swept from South Africa because the sailors brought it there and then it swept northwards. Bulawayo is a connection to South Africa and South Africa is a hotbed of the virus as we speak just like it was in 1918 apparently. So, it’s not like Bulawayo is having this spike. This spike is different from the first wave.

“The first wave was brought by visitors from overseas and we managed to curtail this spike by closing borders,” he said.

Prof Ngwenya attributed the recent surge to complacency among the populace, as people disregarded lockdown regulations.

While travel is now allowed and widespread, Prof Ngwenya said it was still important for people to restrict themselves to essential travel only.

“In a pandemic of a highly infectious nature like this one, the virus does not travel on its own. The virus is moved by people. People mix and they spread the virus. So, the basic thing to do is to break the chain between one person and others by limiting their interaction,” he said.