ABOUT 32 million Africans face severe food shortages during national lockdowns to combat the spread of the COVID-19 pandemic in their countries, a recent research has revealed. 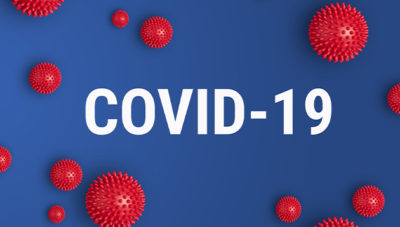 The International Growth Centre (IGC) research also revealed that in sub-Saharan Africa, about 168 million people could no longer afford the amount of food they were consuming pre-COVID-19.

“After an eight-week lockdown, 168 million people would no longer afford the amount of food they were consuming pre-COVID-19 in sub-Saharan Africa,” Matthieu Teachout, IGC research director revealed.

“In the current forms, and if implemented for eight weeks, lockdowns in sub-Saharan Africa could lead almost 32 million people, including four million children under five years old, to be severely food deprived. If extended to all countries in sub-Saharan Africa, lockdowns would push almost 78 million people (8% of the population) into extreme hunger.”

Teachout and Céline Zipfel, researchers at the London School of Economics and Political Science also found that prolonged, strict lockdowns would wipe out the savings of about 30% of the continent’s population, effectively eliminating households’ capacity to withstand future shocks.

The study, built on recent data showing how incomes have been affected under lockdowns in developing countries, made assumptions about the likely impact on various sectors in Africa.

“The study estimates the current containment measures in Africa have pushed an additional 9% of the population into extreme poverty. Furthermore, the long-term damage to incomes from the lockdowns could keep about 18 million people at risk of severe food deprivation.”

The researchers further explained that their study’s simulation though speculative and subject to a margin of error would allow policymakers in developing countries to better understand the direct and immediate impact of COVID-19 containment measures on people’s livelihoods.

“The findings from the study suggest that blanket lockdowns in low-income countries, if not accompanied by massive amounts of aid and social assistance programmes may put even more people at risk of dying than the unmitigated spread of COVID-19 itself,” Teachout said.

The Zimbabwe government has promised to roll out social support for vulnerable citizens, but is yet to deliver on the promise more than seven weeks into the lockdown.

The government has since lifted some of the restrictions to help people fend for their families despite the fact COVID-19 is mutilating the world over.