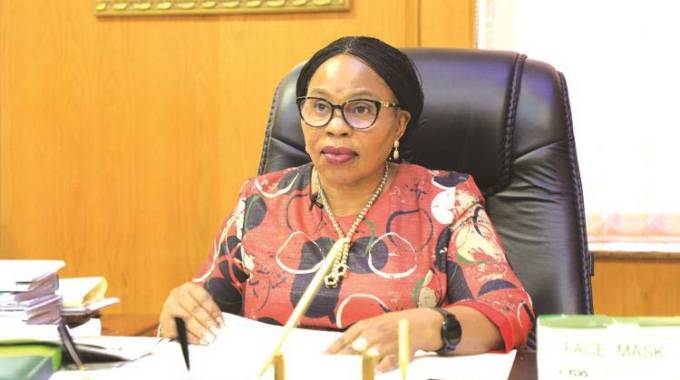 PRESIDENT Mnangagwa has responded soundly to the Covid-19 pandemic and will continue to respect human life in his decisions, ZANU PF Women’s League Secretary for Administration, Cde Monica Mutsvangwa, has said.

Among other issues, the meeting addressed the party’s restructuring exercise, voter registration, and the thrust to mobilise five million votes in the 2023 elections

Cde Mutsvangwa said despite sanctions and other setbacks, President Mnangagwa and his administration have contained the pandemic better than countries with superior resources.

“As we mobilise votes towards a resounding win in the 2023 harmonised elections, let’s also speak to our members and convince voters with confidence about the successes of the Second Republic. Through President Mnangagwa, the country responded well to the Covid-19 pandemic which has ravaged many countries even though we had a lot of challenges before us.

“In 2019, we faced Cyclone Idai which ravaged some parts of Manicaland killing people, livestock and damaging roads and at least 30 bridges but President Mnangagwa reacted to these challenges and we managed to see good and better roads and bridges being constructed,” she said.

Cde Mutsvangwa, who shared with party cadres how she lost her brother, Mr Daniel Parirenyatwa, to Covid-19, said the introduction of an inter-ministerial task force and availability of vaccines were proof that Zimbabwe is all hands on deck in combating the contagion.

“We have received and also procured vaccines which have gone through proper testing. About 400 000 people have been vaccinated with negligible side effects and people should embrace the vaccination exercise for our economic activities to kick off again as we continue to target herd immunity.”

“We don’t condone any imposition of candidates and now that we are moving towards restructuring of cells, branches and districts, let positions be awarded on merit. Our President is clear about how elections in the party go,” he said.